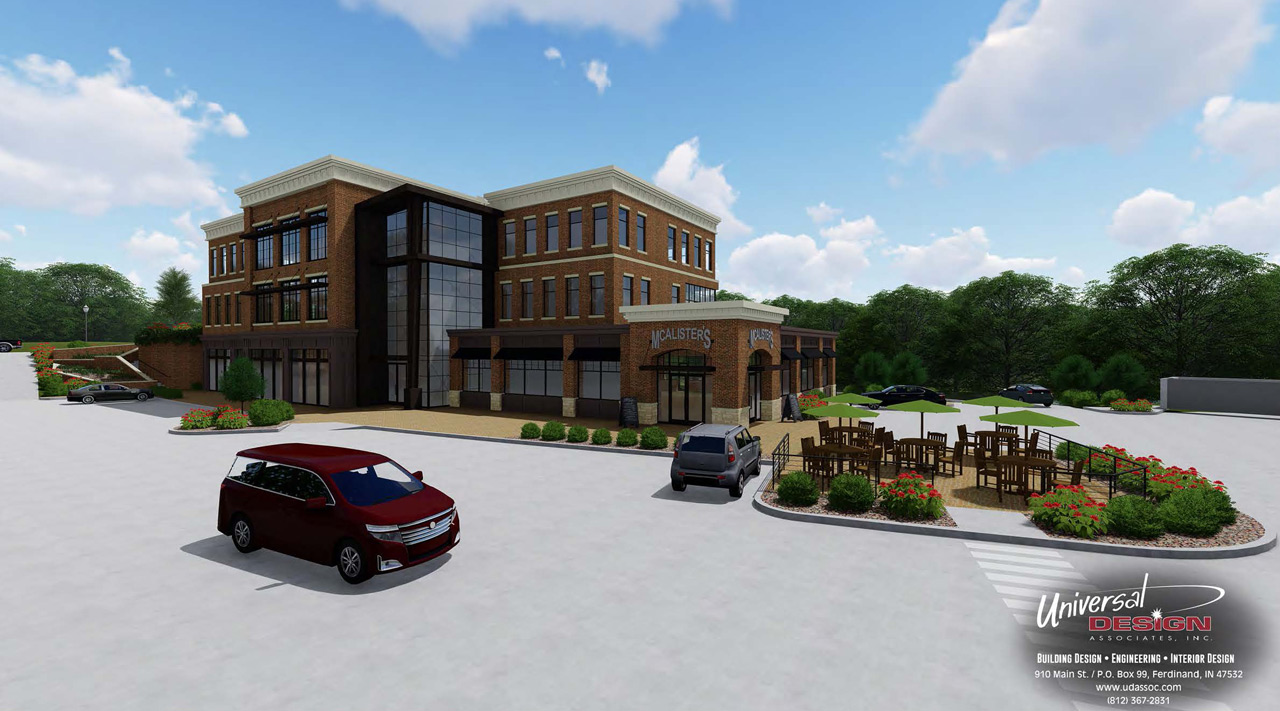 JASPER -- With the zoning approved at this week's Jasper Common Council meeting, SERVUS!’s plans to build a new headquarters on South Newton will likely move forward beginning in September.

The building will also have underground parking, workout facility and office and owner storage areas for the building tenants.

The zoning change from business to planned unit development allows the mixed-use building similar to the River Centre property. With the approval, plans for the building will be finalized in mid-July and put out to bid sometime in August with the construction starting in September. The 10- to 12-month project is expected to be completed by July of 2019.

A second three-level building featuring retail, office and more high-end loft apartments on the property is also being considered as part of a potential Phase II of the project but the timing of its construction depends on the success of the first building, according to the company.