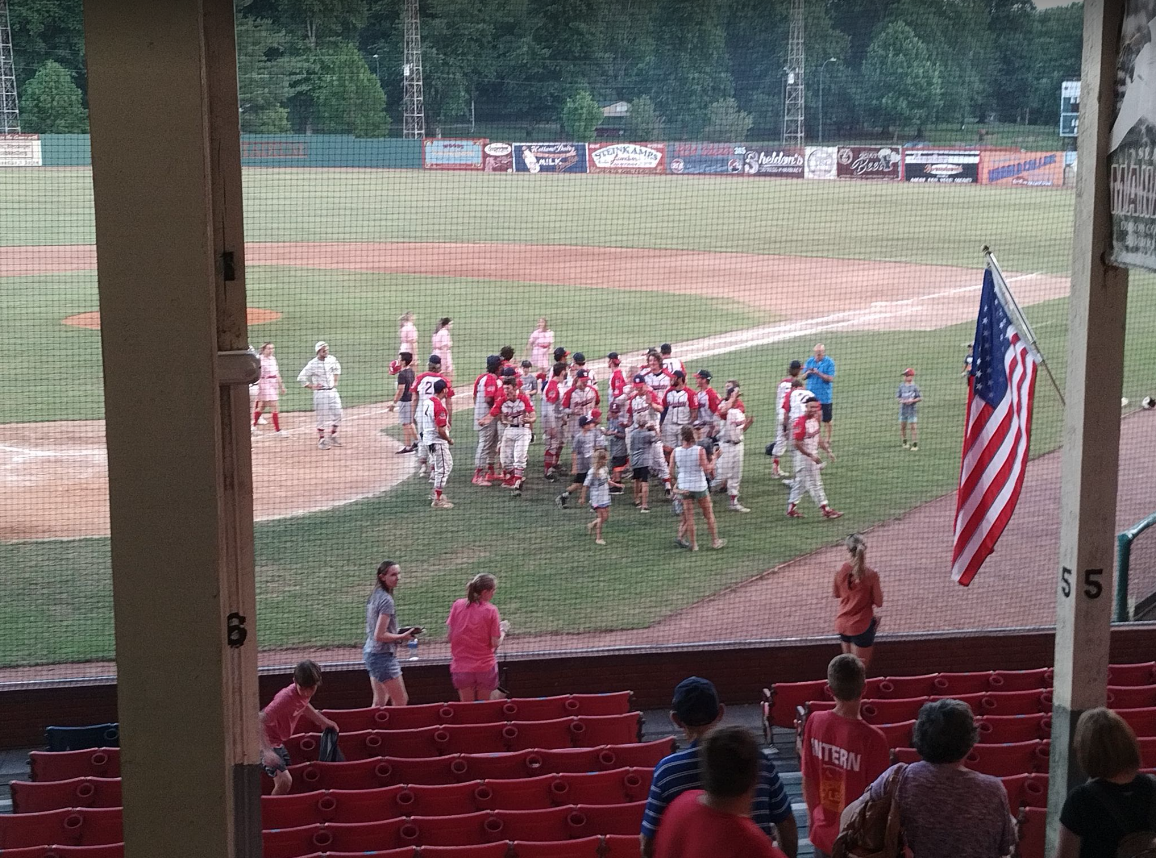 Huntingburg - A four-inning two-out rally in the bottom of the ninth pushed the Dubois County Bombers past the Full Count Rhythm, 6-5, on Thursday night.

The first rematch of the 2021 Ohio Valley League Championship Series ended in fireworks for the home side.

But, the Dubois County Bombers path to two games over .500 for the first time this year was off to a slow start.

Starting pitchers Grant Stratton (Bombers) and Cade Granzow (Rhythm) combined for scoreless, four-hit ball through the first five innings. Dubois County would break the scoreless tie in the bottom of the sixth off of an RBI single from first baseman Kasten Harvey, and a sacrifice fly RBI from right fielder Victor Alvarez.

The D.C. 2-0 lead would hold until inning seven, with Full Count evening the score with a Ty Boyd two-RBI single, plating Harrison Travis and Drew Lowry.

Bombers starter Grant Stratton would work his way out of the inning, retiring after seven innings on the mound. Stratton finished with seven innings pitched, three strikeouts, one walk, and two earned runs.

Reliever David Ellison would strike out the side in the top of the eighth, but not before surrendering three earned runs and five consecutive hits. Full Count's 5-2 lead lasted until the final out of the ballgame.

With Victor Alvarez and Chase Taylor retired in the ninth, Ryan Davis and Cade Gudalis would both reach base on back-to-back walks. Shortstop Drew Howard, formerly of Forest Park, poked a single into the outfield, bringing Davis home.

Back to the top of the order, up came Georgia Southwestern University's Josh Newton. Newton says he knew which pitch was coming.

"One hundred percent sure what they were throwing on that 3-2 pitch, knew they were going to come with a curveball," Newton said. "Just tried to stay back on it, stay short, quick to the ball and drive something hard up the middle, and it worked out."

Newton said he knew he had a hit as soon as the ball came away from his bat.

"I knew it was down at first and once I saw that, I just kind of put my head down and I was just chugging," Newton said. "I remember I looked up and saw that he was on the ground, the ball was behind him. I knew that was going to tie the game."

Newton's 2-RBI triple did just that.

Tied at five runs, Third Baseman Xander Willis drove Newton in from third base, capping off the comeback in walk-off fashion, 6-5. 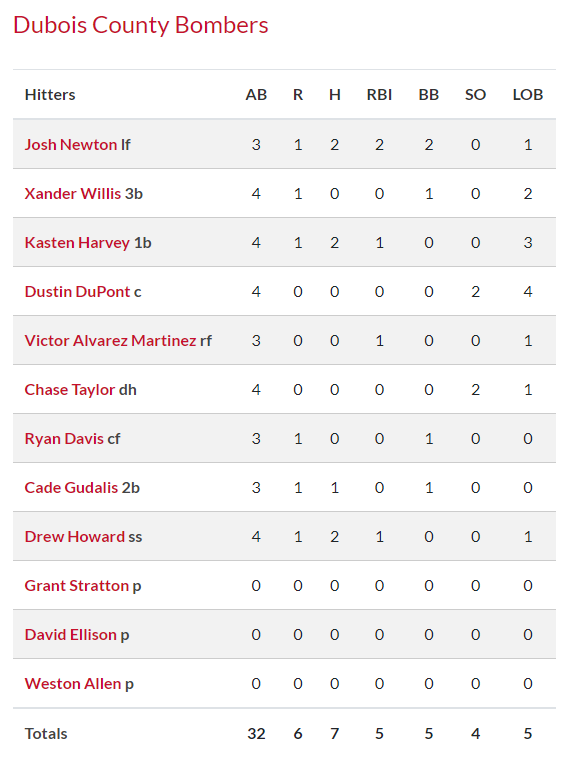 The Bombers are back in action Friday evening at League Stadium, hosting the Henderson Flash. The Flash lead the league with a 15-3 record.

Bombers home games all season long are carried live on WITZ 104.7 FM and online at www.witzamfm.com. Join Roger Stuckey and Kris Norton on the call - pregame is scheduled for 6:20 p.m. with a 6:30 p.m. first pitch.