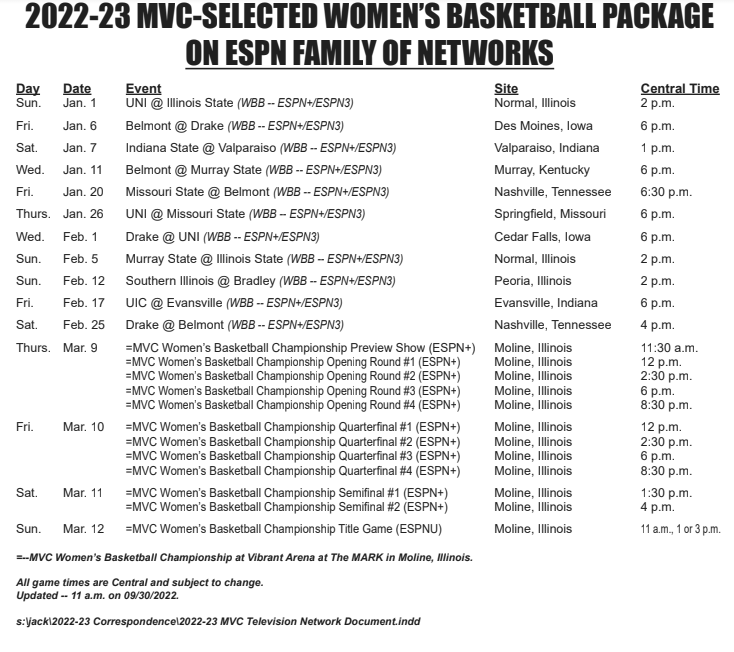 For the second-consecutive year, the 2023 MVC Women’s Basketball Tournament title game will be aired on ESPNU.  The first 10 tournament contests will be shown exclusively on ESPN+.

With its 2023 neutral site championship -- known as Hoops in the Heartland -- the Missouri Valley Conference becomes the only Division I stand-alone women’s basketball event to be held in the same city eight or more consecutive years.

The Valley -- in its ninth year of a 10-year agreement with ESPN -- will also clear an 11-game regular-season slate via ESPN3 as well as ESPN+ -- the industry-leading sports streaming service.

Additional regular-season women’s basketball games produced by MVC institutions will be delivered exclusively by The Valley on ESPN -- also available via the ESPN App on smartphones, tablets, connected streaming devices or espn.com/watch.