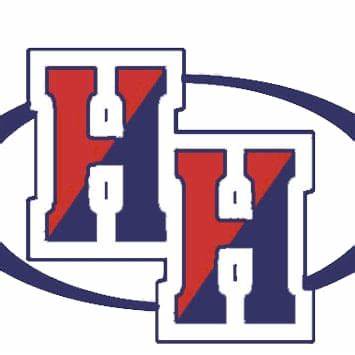 The event will be emceed by former Home Team Friday Sports Director, Lance Wilkerson, and will feature a meet and greet with the inductees, an induction ceremony, and live music by Kenna Elpers.

The induction ceremony is open to all ages with seating as general admission and available on a first- come, first-served basis. Tickets are $15 and can be purchased at www.LincolnAmphitheatre.com, directly at bit.ly/PatriotsHOF, or by calling 812-937-2329. Concessions, including beer/wine for guests 21 and over, will be available throughout the event.

Following the induction ceremony and player meet and greet, Kenna Elpers and her band will perform. Elpers hails from southern Indiana and has opened for Country Music Association artists such as Craig Campbell, Jameson Rodgers, and female duo Maddie and Tae.

About the Patriot Football Inductees

Jay Cutler - Jay Cutler led Heritage Hills to its first State Title in 2000. He started 45 straight games at quarterback for Vanderbilt University while facing SEC defenses every week and then was drafted eleventh overall in the 2006 NFL draft. Cutler holds numerous Chicago Bears’ records and threw for over 35,000 yards in the NFL. He was a tough, talented kid from Santa Claus, Indiana, who excelled at the highest level of the game.

Ken Dilger - Mariah Hill, Indiana native Ken Dilger graduated from Heritage Hills in 1989, before attending the University of Illinois where he excelled as a tight end. He was selected 48th overall in the 1995 NFL Draft and played 10 years in the NFL with the Indianapolis Colts and Tampa Bay Buccaneers. Dilger was a Pro Bowl selection in 2001 and a Super Bowl Champion in 2002.

Bruce King - Bruce King helped put football on the map at Heritage Hills in 1980 by leading his team to a 10-0 record. The Mariah Hill standout then went on to play Fullback for the Purdue Boilermakers, where he was a Team Captain in 1984. In 1985, King was drafted 126th overall by the Kansas City Chiefs. In 1986, he was traded to the Buffalo Bills and remained there through the 1987 season.

Stan Jochim – Stan Jochim is a 1971 graduate of Dale High School. From 1971-1972, Stan played Football and Baseball at the University of Evansville before being drafted into the U.S. Army in 1972, where he served a tour of duty. Jochim then played football for Hanover College from 1974-1975. After college, the Mariah Hill player became a coach for the Heritage Hills Patriots and is currently in his 42nd season of coaching. His dedication, consistency, knowledge, and passion for the game have played a huge role in the success of the Heritage Hills High School football program.

Chris Sigler – Chris Sigler grew up in Chrisney, Indiana. In 1980, he helped put football on the map at Heritage Hills by leading his team to a 10-0 record. Following high school, Sigler went on to be a four-year letterman in both football and baseball at Indiana University. Sigler spent two years in the Canadian Football League with the Ottawa Roughriders (1985-1986). He joined the Heritage Hills Patriots coaching staff in 1989 and, during his time, the Patriots won 13 Sectionals, ten Regionals, three Semi-States (2000, 2004 and 2019) and one IHSAA State Championship (2000).