Huntingburg - On a night with a season-high three home runs at League Stadium the Hoptown Hoppers bested the Dubois County Bombers, 8-7 in regulation.

From the lead-off spot, the University of Southern Indiana's Ren Tachioka took a 1-0 pitch from Gavin Morris out of the ballpark for a solo shot. The Hoppers would carry the one-run lead into the second inning.

In the second, with Drew Donaldson and Jacob Dupps aboard, Sean Sullivan, from Franklin College, doubled the lead with a zero-out outfield single. Tachioka tallied RBI two and three on a two-run double. 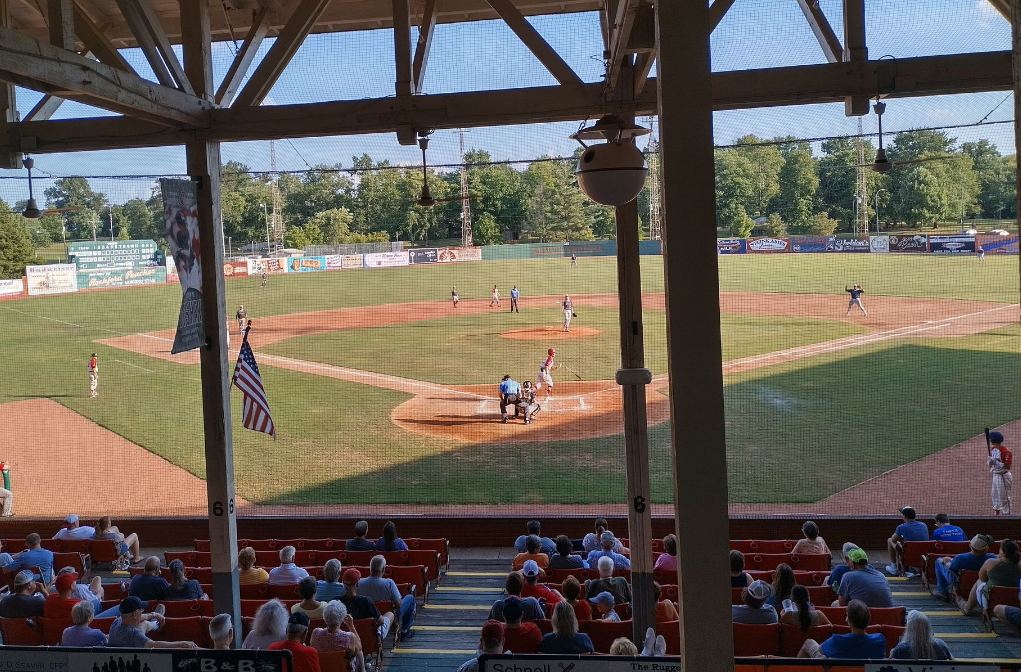 Josh Newton takes a walk in the second inning.

Facing a 4-0 hole, the Bombers answered in a big way in the bottom of the second. From Midway University, Ryan Davis led off the inning with a single; Iowa Western's Terrick Thompson broke out of his recent funk with a double. A Dustin DuPont double brought home Davis and Thompson, narrowing the gap to two runs.

Walks by Josh Newton and Kasten Harvey (RBI) pushed Cade Gudalis across the plate. The Bombers defense stood tall, holding the Hoppers scoreless in the third and fourth.

In the third, the Bombers took their first lead of the contest courtesy of a Drew Howard two-RBI knock. Dubois County would carry the 5-4 lead into the fifth inning.

Both ball clubs would go deep in the fifth inning. Hoptown's Luis Vergara-Schoonewolf took Bomber Reliever Jackson Ramsey out of the ballpark, Ramsey's only run allowed over four innings. Kentucky Wesleyan's Cade Gudalis flew the Coca-Cola sign in left field to give the Bombers the 6-5 edge.

The result would hold until the bottom of the seventh. Gudalis took home plate, his fourth run, off of a botched pick-off play at first base.

But, Dubois County would go three-up-three-down in innings eight and nine, opening the door for Hoptown.

Jackson Ramsey left the mound with the bases loaded on two outs through one and two-thirds innings. Matthew Poe came in for the save, but hit Tachioka and allowed a Joshua Rodriguez single before getting out of the inning.

The 8-7 score would become the final.

The Dubois County Bombers face their last road test tonight at Full Count before an off day on Saturday. D.C. will close out the regular season with a three-game homestand which will see the club host Fulton, Madisonville, and Louisville.

The Bombers, now 20-16, hold the playoff seeding tiebreakers over both Madisonville (3rd; 1.5 games back) and Muhlenburg County (4th; 3.5 games back). 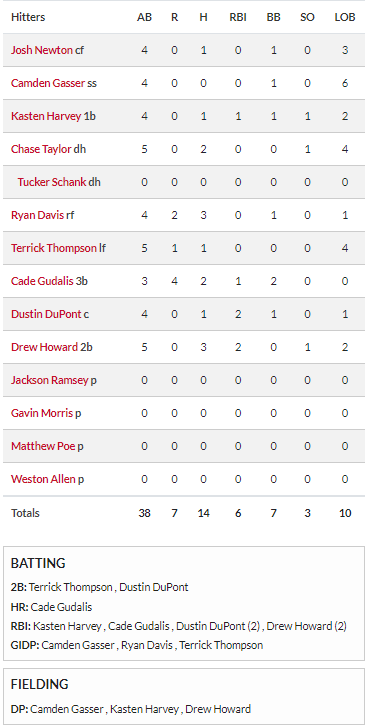 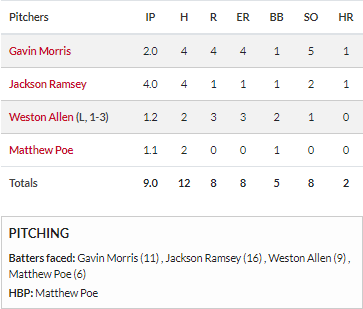