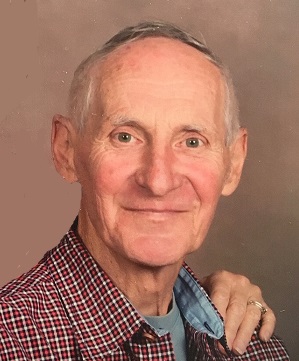 Bill was born in Huntingburg, Indiana, on October 6, 1943, to Roman and Catherine (Giesler) Kluemper.  He married Cynthia "Wicky" Mould.

He was a 1962 graduate of Jasper High School.

He was a United States Air Force Veteran.

He and his wife opened the first fast food restaurant, Duffy's, in Jasper, which they owned for many years.  He also worked for Kimball for many years and then had his own landscaping business.

Bill was a member of St. Joseph's Catholic Church in Jasper.

He enjoyed playing cards at the Habig Center, gardening, and spending time with family and friends.

Preceding him in death are one sister, Peggy Oeding, and three brothers, Tom and Jerry Kluemper, and an infant John Kluemper.

A Mass of Christian Burial for William "Bill" J. Kluemper will be held at 11:00 a.m. on Tuesday, May 14, 2019, at St. Joseph's Catholic Church in Jasper, Indiana, with burial to follow at a later date in Fairview Cemetery in Jasper, Indiana.  The American Legion Post #147 will conduct military rites in the back of church after the Mass.

Memorial contributions may be made to St. Joseph's Catholic Church, the Sisters of St. Benedict, or to a favorite charity.