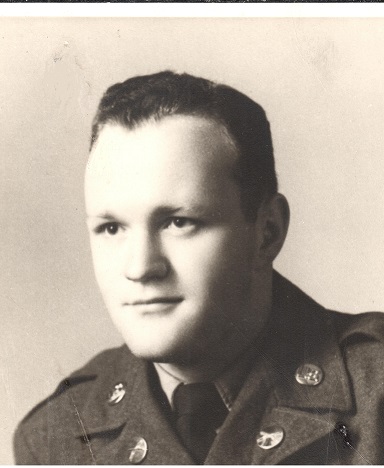 Tom served in Japan during the Korean War. On returning to Chicago, he attended broadcasting school. He worked in the Chicago Postal Service then relocated to Jasper, IN as an announcer for WITZ radio in 1953. For the majority of his career he worked in advertising and printing sales at the Herald Printing in Jasper.  Tom became very active in the community joining the newly formed Little Theatre Group- taking on theatre roles in the plays at hand.


Tom read for St. Joseph's Catholic Church for many years and volunteered his time as a member of the Community Affairs Commission.

Tom was a member of St. Joseph's Catholic Church, the Jasper Lions Club, the Jasper Knights of Columbus, the VFW Post #673, the American Legion Post #147, and one of the founding members of the Jasper Strassenfest Committee.

Tom enjoyed reading, music, movies and spending time with his family and friends.

Preceding him in death besides his wife, are one brother; Dennis Hynes and one sister; Christina Blake.

A Mass of Christian Burial for Thomas A. Hynes will be held at 1:30 p.m. on Monday, December 21,  2020, at St. Joseph's Catholic Church in Jasper, with burial to follow in Fairview Cemetery in Jasper. The VFW Post #673 will perform military graveside rites. Masks and social distancing will be required.

A private family visitation will be held at St. Joseph's Catholic Church on Monday, December 21, 2020.