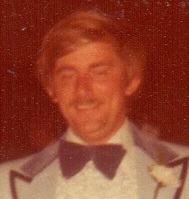 Terry was born in Jasper, Indiana, on August 13, 1951, to Maurice and Ruth Ann (Stenftenagel) Beck.

He was a self-employed construction worker.

He was a 1969 graduate of Jasper High School and a member of Jasper Outdoor REC.

Preceding him in death are his father, Maurice Beck, and one sister, Nancy Parsons.

A Memorial Service for Terry "T-beck" Beck will be held at 7:00 p.m. on Wednesday, September 11, 2019, at the Becher-Kluesner Downtown Chapel in Jasper.  Fr. Eugene Schmitt will officiate.

A  memorial visitation will be held from 4:00 p.m. until the 7:00 p.m. service time at the Becher-Kluesner Downtown Chapel on Wednesday.