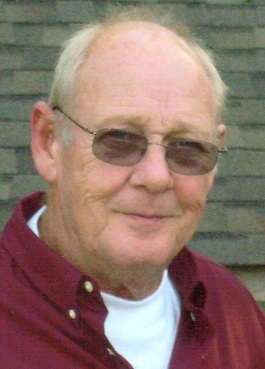 Terry was born in Vincennes, Indiana, on August, 6, 1951, to Robert and Norma Jean (McClure) Wolfe.  He married Peggy Danhafer on June 26, 1999, in St. Peter's United Church of Christ in Dubois, Indiana.

He was a 1969 graduate of North Knox High School; he then received a Mechanic Degree from Vincennes University.

He worked his entire life with the Operating Engineers Local 181 and the United Mine Workers.

He was a member of St. Peter's United Church of Christ in Dubois, Indiana, and the Washington Boat Club.

A funeral service for Terry R. Wolfe will be held at 11:00 a.m. on Wednesday, July 31, 2019, at St. Peter's United Church of Christ in Dubois, Indiana, with burial to follow in the church cemetery.  Pastor John Sterrett will officiate.
A visitation will be held from 2:00-8:00 p.m. on Tuesday, July 30, 2019, at the Becher-Kluesner Downtown Chapel in Jasper, Indiana, and one hour before services from 10:00-11:00 a.m. at the church.
Memorial contributions may be made to St. Peter's UCC, American Cancer Society, American Heart Association or to a favorite charity.