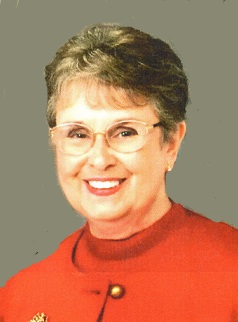 Terry K. Lukemeyer, age 86 of Jasper, Indiana, passed away at 12:30 p.m. on January 2, 2021 at Memorial Hospital and Health Care Center in Jasper, Indiana.
Terry was born in Spencer, Iowa on November 5, 1934 to Roland and Lucille (Miller) Kabrick. She married John Lukemeyer on November 11, 1955. Terry moved to Jasper her junior year in high school from Chambersburg, Pennsylvania, where she had been a cheerleader, and graduated from Jasper High School in 1952. She and John lived in a variety of locations across Indiana during their 65 years of marriage and settled back in Jasper in 1995 to be closer to family.
A fashionable, snappy dresser, Terry worked as an executive assistant in the fashion industry at LS Ayres in Indianapolis. After moving to Jasper, she volunteered to work the polls during elections. Her hobbies included reading, watching football (especially the Colts), and playing with her beloved dog, Mayia. She also loved music and theater. She was a cheerful and loving wife and mother.
Surviving are her loving husband, John, one son, Jeff Lukemeyer, one daughter Melissa (George) Rutter, two grandchildren, Ben (Ashley) Lukemeyer and Colby Lukemeyer, two great grandchildren, Wyatt and Lily Anne, her sister, Judy Englert (Stan), and brother, Richard Kabrick (Carol).
Her brother, James (Betty Jo) Kabrick, proceeded her through heaven’s gates just days prior and was waiting to take her hand.
Private family services will be held.
Memorial Contributions may be made to the Society for Prevention of Cruelty to Animals (ASPCA) or to a favorite charity.