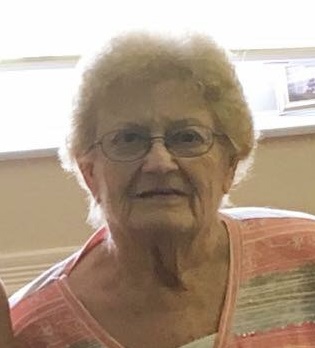 She worked for local woodworking manufacturers and various retail stores in Jasper.

She enjoyed crossword puzzles, game shows - especially Wheel of Fortune, Family Feud and Jeopardy, playing cards, and spending time with her friends, family, and especially her grandchildren. She was also a great cook and enjoyed her family gatherings.

Preceding her in death besides her husband were two brothers, Dennis Cherry, and Donald Cherry.

A Mass of Christian burial for Sylvia M. Schmitt will be held at 3:00 p.m. on Friday, August 31, 2018, at St. Joseph's Catholic Church in Jasper, Indiana, with burial to follow in Fairview Cemetery in Jasper.

A visitation will be held from 1:00 p.m. until the 3:00 p.m. Mass time on Friday at St. Joseph Catholic Church in Jasper.

Memorial contributions may be made to St. Joseph's Catholic Church, or to a favorite charity.