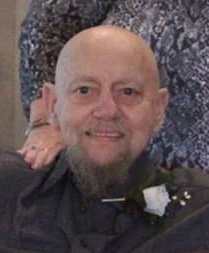 He was a member of St. Joseph Catholic Church, the American Legion Post #147, the VFW Post #673, the Masonic Line Lodge No. 743 in Jasper, and the Jasper Moose Lodge #1175. He was also a member of the Southern Indiana NASCAR Club.

He enjoyed NASCAR racing and was a huge Earnhart family fan. He was a collector of many things, an avid bowler, enjoyed playing cards, was an avid Chicago Cubs and Indianapolis Colts fan, and enjoyed spending time with his friends and family, especially his grandchildren and great grandchildren.

Preceding him in death were his parents, one daughter, Lisa Myers, one grandchild, Curtis Hasenour, and one nephew Chris Carrico.

A visitation for Stephen F. Bough will be held from 1:00 p.m. until 4:00 p.m. on Saturday, November 17, 2018 at the Becher-Kluesner North Chapel in Jasper, Indiana. The Jasper Moose Lodge will conduct a memorial service at 3:00 p.m. and the American Legion Post #147 will conduct military rites at 4:00 p.m. at the funeral home. Burial will be at a later date.

Memorial contributions may be made to the Lange-Fuhs Cancer Center.