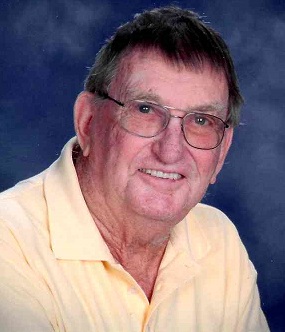 Roger was born in Haysville, Indiana, on August 3, 1938, to Clifford and Matilda (Neukam) Hoffman.  He married Rosie Wolf on July 20, 2002 in St. Paul’s Lutheran Church in Haysville, IN.

Roger was a 1956 graduate of Dubois High School.

He was a lifelong farmer at Roger Hoffman Farm LLC. After he retired, he worked at Memorial Hospital in maintenance. He later assisted in medical transport.

Roger was an assistant at the Haysville Fire Department later becoming chief from 1982-1990. He stayed active in the fire department for 33 years. He also received his 50-year volunteer pin.

Preceding him in death was one sister, Juanita Weisman, one brother, George Hoffman who died in infancy and two grandsons; Dean Collins and Spencer Hoffman.

A funeral service for Roger H. Hoffman will be held at 11:00 a.m. on Friday, October 15, 2021, in Christ Lutheran Church in Haysville, Indiana, with burial to follow in the Community Cemetery in Haysville.

A visitation will be held from 4:00-7:00 p.m. on Thursday, October 14, 2021, at the Becher-Kluesner North Chapel in Jasper, Indiana, and one hour before services at the church from 10:00-11:00 a.m. on Friday, October 15. The Indiana Volunteer Firefighters Association will have a service at 6:00 p.m. at the visitation on Thursday.

Memorial contributions may be made to the Haysville Fire Department or Christ Lutheran Church.

Online condolences may be made to www.becherkluesner.com.