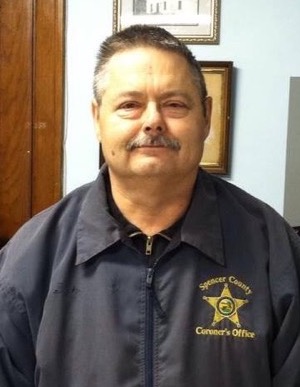 Robert worked in the funeral industry for close to 50 years. Robert finished his funeral director apprenticeship working at Kendall Funeral Home in Princeton, where he also served as Deputy Coroner. He then worked for Ziemer Funeral Homes and Alexander Funeral Homes in Evansville, until returning to his hometown to work in the family business, Fuller Funeral Home, with his father, Charles Paul Fuller.  He also served as Deputy Coroner of Warrick County. He owned and operated Fuller Funeral Home for over 35 years, until retiring due to medical reasons. While operating the funeral home, Robert was asked to serve as Chief Deputy Coroner for Spencer County. After his retirement, was elected Spencer County Coroner and served two terms from 2010-2018.

Memorial contributions may be made to Shriner’s Hospitals for Children C/O Hadi Temple, 6 Walnut St. Evansville, IN. or Gentryville United Methodist Church, 702 Main St. Gentryville, IN. 47537