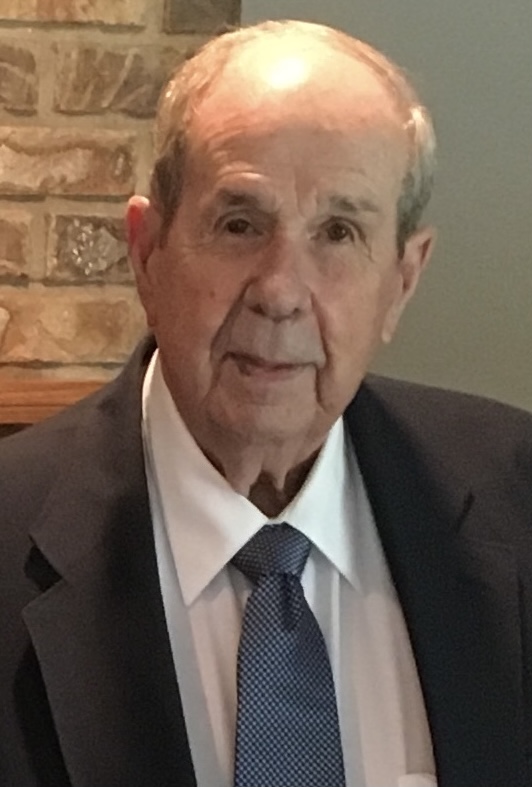 Robert D. "Bob" Prather, 94, of Loogootee, Indiana, passed away on September 8, 2022. He was born on July 28, 1928 in Martin County, Indiana. On January 5, 1952, he married Sarah Jane Kays, who preceded him in death in 2012. He was also predeceased by his mother, Mabel Summers, in 2012. He was a graduate of Loogootee High School and was honored as a recipient of the distinguished alumni award.

Bob enlisted in the U.S. Navy in 1945 and began his service during the final phase of World War II.  He was recalled to active duty during the Korean Conflict and served a tour in Korea.  After his honorable discharge, Bob began his career at the Naval Surface Warfare Center (then the Naval Weapons Support Center) in Crane, ultimately becoming a munitions logistician and systems analyst.  He worked at both NSWC Crane and at the Navy Department in Washington, DC, and he traveled frequently to U.S. Navy installations throughout the world.  He retired after more than 40 years of government service in 1996 and immediately began a second career with CACI, a private international provider of support services for national security missions and government transformation.  He retired from CACI in 2008.  During his military and professional career, Bob visited 26 foreign countries.

In retirement, Bob assumed an active role in the development of the [email protected] Technology Park, serving on the advisory board that worked with private companies and organizations serving NWSC Crane to create economic development opportunities for area citizens. Bob helped provide information technology support for the K of C and VFW organizations. He was a long-time board member of the Martin County Community Foundation.

Throughout his adult life, Bob was a member of St. John’s Catholic Church in Loogootee.  He was a 4th degree member of the Knights of Columbus (K of C).  He was a member and Past Commander of American Legion Post 120 and a member of the Veterans of Foreign Wars (VFW) Post. He was recognized by the VFW Post 9395 in 2022 as the last surviving veteran of World War II in Martin County.

A Mass of Christian Burial will be celebrated by Very Rev. J. Kenneth Walker at 1:00 p.m. Wednesday, September 14, 2022 at St. John the Evangelist Catholic Church in Loogootee, Indiana. Burial will follow in St. John Catholic Cemetery.

Memorial contributions may be made to the Knights of Columbus Council 732, American Legion Post 120 or the Veterans of Foreign Wars Post 9395 in care of Blake Funeral Home, P.O. Box 116, Loogootee, Indiana 47553.

Condolences may be made online at www.blakefuneralhomes.com