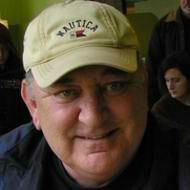 Richard was born October 10, 1947 in Vincennes to Ronald and Carol “June” (Goodrid) Wilson. Richard was a former owner of CLI. He was an Army Veteran. Richard enjoyed Colts football, Nascar, fishing and remote control airplanes.

Richard was preceded in death by a sister, Mary Houchins.

Funeral services will be Tuesday at 10:00 AM at Becher Funeral Home in Ferdinand.

Visitation will be Monday from 4-8:00 PM at Becher Funeral Home and also Tuesday from 8:00 AM until time of services.