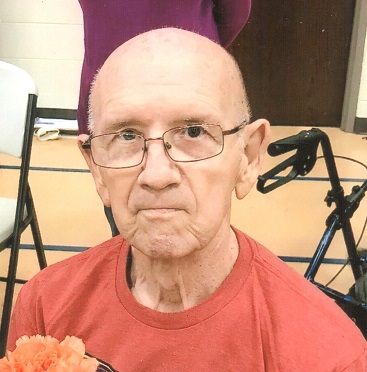 Raymond "Flub" L. Mosby, age 81, of Jasper, Indiana, passed away at 12:45 a.m. on Thursday, February 6, 2020 from complications of Parkinson's Disease, at Memorial Hospital and Health Care Campus in Jasper.

Ray was born in Otwell, Indiana, on February 23, 1938, to Clarence and Bertha (Garrison) Mosby.  He married Jane Trevino on October 6, 1983 in Petersburg, Indiana.

He worked for JOFCO for several years and retired from the Jasper Corporation in 2001 where he was finishing sprayer.

He was a former board president of the Pike County School Corporation and a founding member of the Rocksteady Boxing Program at the YMCA. He was a former Little League baseball coach.

He was a dedicated and loving husband, father, brother, grandfather and friend to many. He was an avid Los Angeles Dodgers fan and IU Hoosier through and through. He enjoyed playing cards especially euchre and rummy.

Preceding him in death besides his parents is one son, Mark Trevino and one brother, Robert Mosby.

Funeral services for Raymond L. Mosby will be held at 10:00 a.m. on Monday, February 10, 2020, at the Becher Kluesner North Chapel in Jasper, Indiana, with burial to follow at McClure Cemetery in Algiers, Indiana.  Father Andrew Thomas will officiate.

A visitation will be held from noon to 4pm on Sunday, February 9, 2020, at the Becher-Kluesner North Chapel in Jasper, Indiana.

Memorial contributions may be made to the Rocksteady Boxing Program and McClure Cemetery.