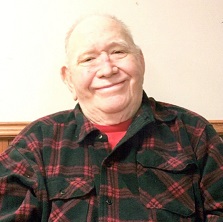 Ray was born in McCutchanville, Indiana, on May 17, 1927, to Ivan and Elnora (Swope) France.  He married Audrey Huftile on January 19, 1958, in the McCutchanville United Methodist Church.

He was a 1945 graduate of Reitz Memorial High School and a Marine Corp. Veteran.

He was a farmer and sheep shearer, and a meter reader for the City of Jasper for 25 years.