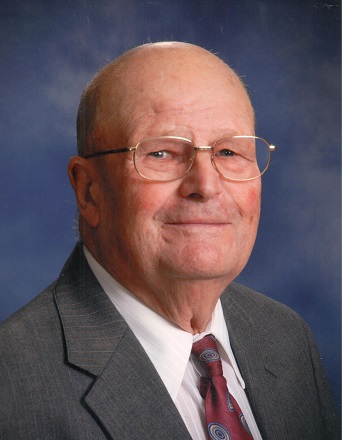 Pat was a graduate of Ireland High School.

He was a  corporal for the United States Army, serving in Germany.

He was a lifetime dairy farmer and after retirement he worked for Superior Ag delivering fertilizer to farms.

He was a member of St. Mary's Catholic Church in Ireland, Indiana, where he served on the cemetery committee, the V.F.W. Post #673, and the Democrat Club.

He enjoyed growing pumpkins for the grandchildren, gardening, vacationing to the Ozarks, and watching his grandchildren's sporting events.

Preceding him in death besides his wife is one brother, Frank Schmitt.

A Mass of Christian Burial for Patrick J. Schmitt will be held at 11:00 a.m. on Monday, December 23, 2019, at St. Mary's Catholic Church in Ireland, Indiana, with burial to follow in the church cemetery.  The V.F.W. Post #673 will conduct military grave site rights.

A visitation will be held from 9:00 until the 11:00 a.m. service time at the church on Monday.
Memorial contributions may be made to St. Mary's Catholic Church Cemetery Fund or to a favorite charity.