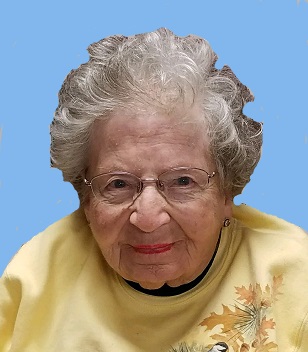 She was a homemaker and member of St. Mary's Catholic Church in Huntingburg, Indiana.

She loved spending time with her grandchildren and great grandchildren, enjoyed attending church picnics and doing scratch off tickets, and was an animal lover. She was an avid Dubois County Bombers, Forest Park Rangers, and Los Angeles Dodgers fan.

Preceding her in death besides her husband are one son, Michael Blessinger, who died in infancy, two grandchildren, Jeffrey Earl, Chase Blessinger, two sisters, Norma Truelove and Anselma Heitz, one brother, Robert Heitz, and one half brother, Clarence Reckelhoff.

A Mass of Christian Burial for Mary Lou Blessinger will be held at 2:00 p.m. on Tuesday, October 23, 2018, at St. Mary's Catholic Church in Huntingburg, Indiana, with burial to follow in the church cemetery.

Memorial contributions may be made to St. Mary's Catholic Church, Riley's Children Hospital, or to a favorite charity.