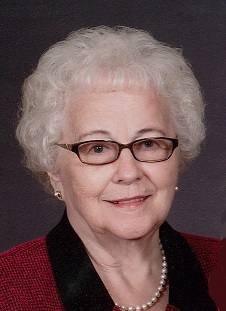 Mary Ann worked in electronics at Kimball for 25 years.

Mary Ann was a member of St. Joseph's Catholic church in Jasper, the St. Ann's Society, and the V.F.W. Auxiliary.

She enjoyed quilting, gardening, traveling, and spending time with her grandchildren.

Preceding her in death besides her husband are one grandson, Nathan Merkel, one sister, Victoria Beck, who died in infancy, and three brothers, Herb, Maurice, and Arnie Beck.

A Mass of Christian Burial for Mary Ann Vogler will be held at 9:30 a.m. on Tuesday, December 4, 2018, at St. Joseph's Catholic Church in Jasper, with entombment to follow in the Fairview Cemetery Mausoleum in Jasper.

Memorial contributions may be made to St. Joseph's Catholic Church, Heart to Heart Hospice, or to a favorite charity.