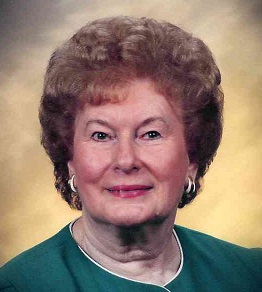 She previously worked for Citizens State Bank in Owensboro, Kentucky, and she then retired from German American Bank in 1987 where she had been an assistant cashier and the south side branch manager for several years.

She enjoyed playing cards, especially Bridge, gardening, and her flowers.

A funeral service for Margaret A. Casper will be held at 11:00 a.m. on Friday, June 10, 2022, at the Becher-Kluesner Downtown Chapel in Jasper, Indiana, with burial to follow in Fairview Cemetery in Jasper, Indiana.

A visitation will be held from 9:00 a.m. until the 11:00 a.m. service time on Friday at the Becher-Kluesner Downtown Chapel in Jasper.

Memorial contributions may be made to the First Presbyterian Church in Jasper or to a favorite charity.