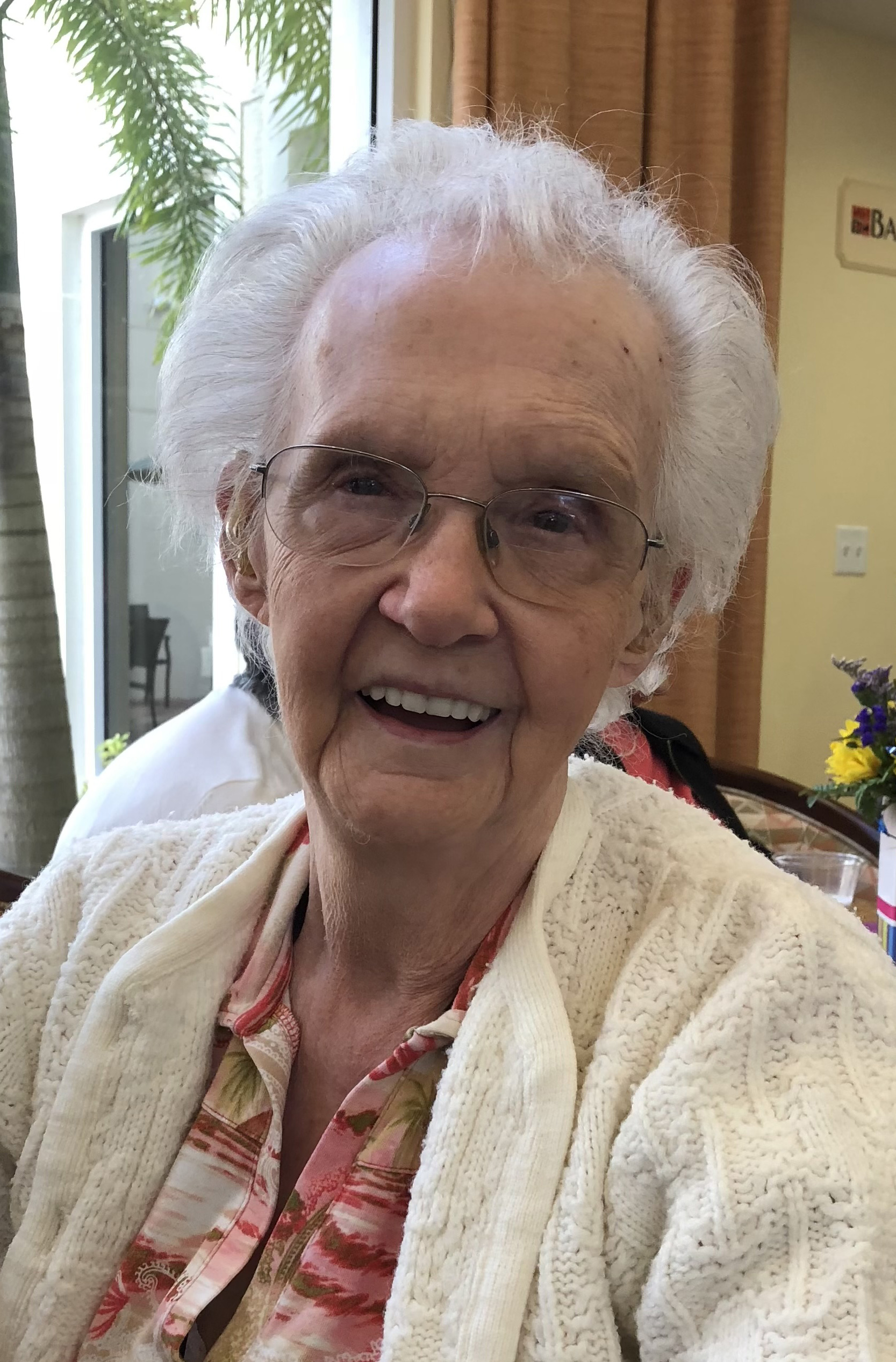 Lucille Hemmer, 92, formerly of Huntingburg, passed away June 8th at her home in Fort Myers,

Florida with family by her side.

Lucille was born July 9, 1929, in Brazil, Indiana to Robert and Mary Batt. The family later moved to Indianapolis. She graduated from Arsenal Tech High School and a couple of years later met and married Ralph D Hemmer of Huntingburg. After their wedding, the couple moved to Huntingburg where they lived and raised their children. In her early years, Lucille worked as a homemaker and as secretary for the E.U.B. Church where she and Ralph were Sunday school teachers for many years. She also helped

Ralph in his woodworking business, Pioneer Cabinets, not only handling the books but also assisting with doing some of the finishing work on many projects such as kitchen cabinets, book cases, chests of drawers, and many other woodworking pieces. Lucille worked for many years at the Gift Shop (formerly the Shop ‘n’ Save) on 4th Street in Huntingburg from the late 60s until the store closed. She went on to work at the retail counter at Merkley & Sons Meat Packing Co. in Ireland. After retirement, Ralph and

Lucille spent years traveling with the NOMADS organization doing disaster relief work. They worked on projects including hail storm, flood, and hurricane relief in many different states. During their travels with the NOMADS they had an opportunity to tour ECHO Global Farm in Fort Myers Florida where they found ECHO’s philosophy and commitment aligned perfectly with their own deep desire to help others.

They decided to move to Fort Myers and began volunteering at ECHO for as long as they were physically able.

As a rabid Cubs fan, Lucille was able to see a lifelong dream come true in 2016, watching on TV as her favorite team did the near impossible - win the World Series.

A memorial service will be held at ECHO Global Farm at 1pm on Wednesday, June 22. A second memorial service will be held at a later date at Maple Grove Salem’s Kirche in Huntingburg. Nass & Son Funeral Home in Huntingburg has been entrusted with handling the arrangements. In lieu of flowers, memorial contributions may be made to: Historic Maple Grove Foundation, 8630 S 450 W., Huntingburg, IN 47542 or ECHO Global Farm, 17391 Durrance Road, North Fort Myers, FL 33917.

Condolences may be shared online at: www.nassandson.com