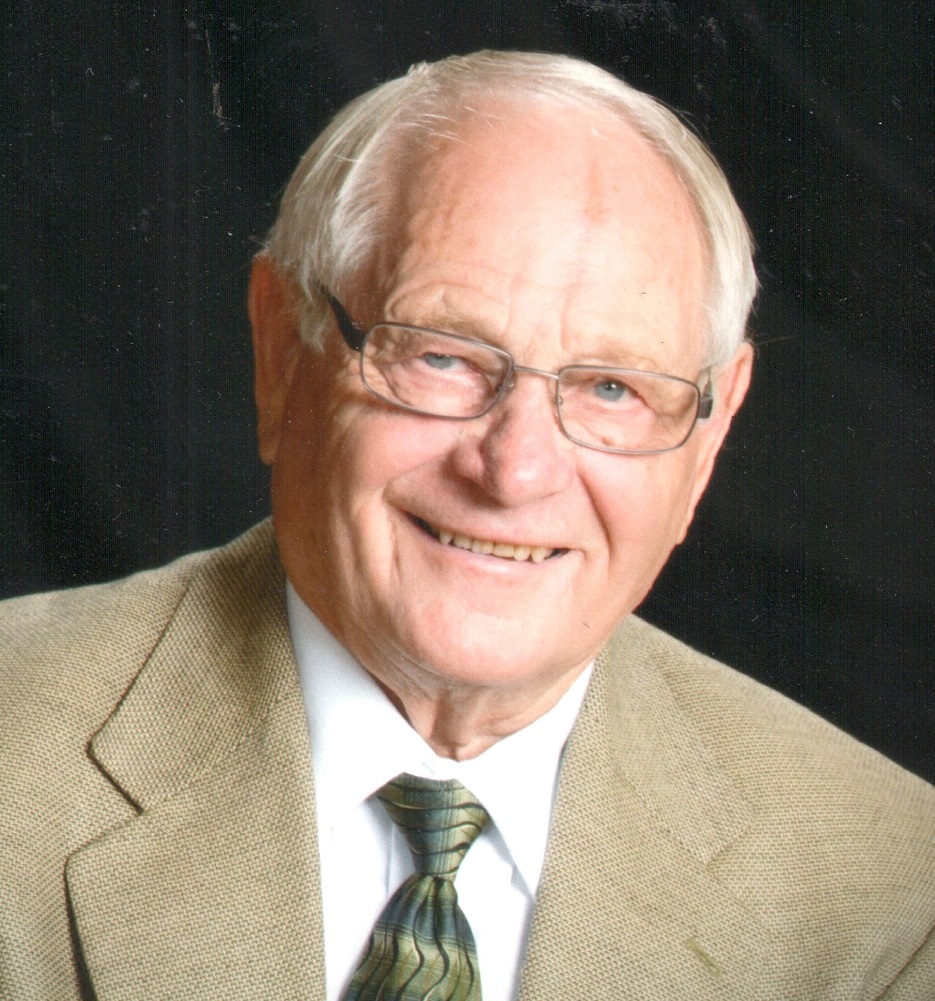 Leon was born on January 19, 1934 to Albert Sr. and Emily (Hopf) Fleck.  He married Elfrieda Schwinghammer on July 18, 1959 at St. Joseph Catholic Church in Jasper.

He completed 9 years of military service in the U.S. Army, where he served as a Paratrooper in the 82nd Airborne Division and retired from the U.S. Army Reserves at the rank of Sergeant First Class.  He was a member of the American Legion Post #147.

Leon worked at the Dubois County Bank for 43 years where he retired.

He was a charter member of Holy Family Catholic Church where he was active in many organizations. He and his wife were recipients of the Simon Brute' Award. He was also a 4th degree member of the Jasper Knights of Columbus.

Leon is a founding member of ROJAC and was a past President of the Jasper Kiwanis, Jasper Jaycees, and the Dubois County Chapter of the American Heart Association. He was a member of the Jasper Chamber of Commerce where he was also on the board of directors and served as Vice President. He was a recipient of the Chamber Excellence A`ward, Positive Success Award, Distinguished Service Award, Outstanding Local Jaycee President in Indiana, Outstanding Young Man in Jasper, and the Presidents Community Excellence Award.

In his free time, Leon enjoyed water skiing, the outdoors, farming, and spending time with his family.

Preceding him in death were one daughter, Madonna Fleck, and four brothers: Albert JR, Harold, Raymond, and Robert Fleck.

A Mass of Christian Burial for Leon J. FLeck will be held at 11 am on Saturday, October 5, 2019  at Holy Family Catholic Church in Jasper, with burial to follow in Fairview Cemetery in Jasper. The American Legion Post #147 will conduct military graveside rites.
A visitation will be held from 3 pm until 7 pm on Friday, October 4th, 2019 at the Becher Kluesner Downtown Chapel and from 9 am until the 11 am service time at the church on Saturday. A rosary will be prayed by the Holy Family Parish at 2:45 pm on Friday at the funeral home.
Memorial contributions may be made to Holy Family Catholic Church, ROJAC, Riley Hospital for Children, or a favorite charity.