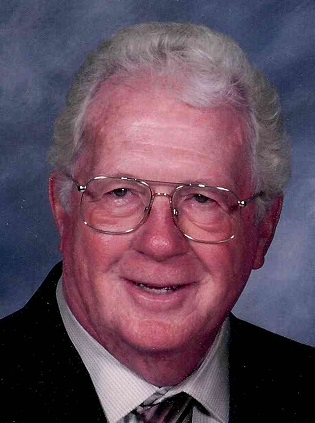 Lawrence J. Hanselman, age 85, of Jasper, Indiana, passed away at 3:58 p.m. on Saturday, June 18, 2022, in Memorial Hospital and Health Care Center in Jasper, Indiana, surrounded by his family.

Larry was born in Jasper, Indiana, on June 24, 1936, to Hugo and Leona (Hochgesang) Hanselman-Marks.  He married Betty Boehm on May 30, 1956, in St. John Chrysostom Catholic Church in New Boston, Indiana.

He was a 1954 graduate of Jasper High School.

He was a United States Army Veteran and served as an M.P.

Larry previously worked at Buehler Foods and as a parts manager for Armstrong Implement.  He was then the owner of the Schnitzelbank Restaurant in Jasper for 61 years.

He was a member of Holy Family Catholic Church in Jasper, Indiana, American Legion Post #147, V.F.W. Post #673, the Jasper Deutscherverein, the Jasper K of C, where he was a 4th degree knight, and was a founding member of the St. Vincent DePaul Society.  He sat on the board of the Restaurant Association, was on the building committee of Jasper High School, and was a distinguished alum of Jasper High School.  Terry Seitz also awarded Larry with a key to the city of Jasper.

Larry enjoyed golfing, playing cards, especially Sheepshead, boating and being on the water, going to ball games, and spending time with family and friends.  He was also an avid Cincinnati Reds and St. Louis Cardinal fan.

Preceding him in death are his parents, his stepfather, George Marks, one granddaughter, Ashley Braun, and one sister, Phyllis Gerber.

A Mass of Christian Burial for Lawrence J. Hanselman will be held at 11:00 a.m. on Friday, June 24, 2022, in Holy Family Catholic Church in Jasper, Indiana, with entombment to follow in the Fairview Cemetery Mausoleum in Jasper, Indiana.

Memorial contributions may be made to Holy Family Catholic Church or to the Schnitzelbank Endowment at the Dubois County Community Foundation.