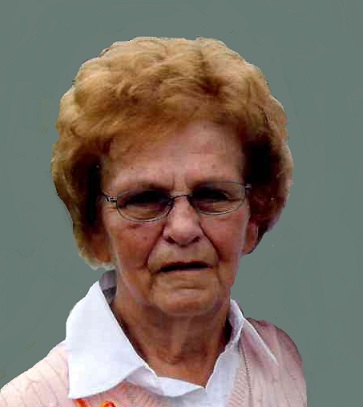 She previously worked at Indiana Furniture and JOFCO.  She then worked at several different restaurants as a cook, with her most recent position being at Heichelbech’s Restaurant in Jasper.

She was a member of St. Peter’s United Church of Christ in Dubois, Indiana.

Preceding her in death besides her husband and companion, are one daughter, Gwen Emmons, three grandchildren, Jessie Emmons, Clint Emmons, and Shain Emmons, and two sisters, Inez McCart, and an infant, Naomi Bauer.

A funeral service for Lafern A. Potts will be held 10:00 a.m. on Wednesday, July 13, 2022, in St. Peter’s United Church of Christ in Dubois, Indiana, with burial to follow in the church cemetery.  Pastor Dan Tucker will officiate.

Memorial contributions may be made to St. Peter’s United Church of Christ in Dubois.