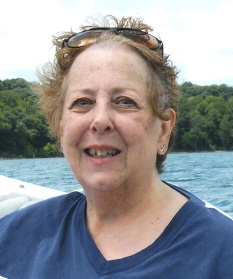 Karen was born in Jasper, Indiana, on February 27, 1943, to Wilfred "Betts" and Josepha R. (Gutgsell) Sermersheim.

She was a 1961 graduate of Jasper High School.  She attended St. Benedict College and VUJC.

She was a member of St. Joseph's Catholic Church in Jasper, Indiana.

She enjoyed crossword puzzles, oil painting,  and watching the St. Louis Cardinals and the PGA.  She was a volunteer with Meals on Wheels in Hickory, North Carolina, for seven years.  She loved and enjoyed her cats and all animals.

Preceding her in death besides her parents are two sisters, Diana Klein and Janet Otto.

Memorial contributions may be made to the Dubois County Humane Society, the Elephant Sanctuary in Tennessee, or the wishes of the family.