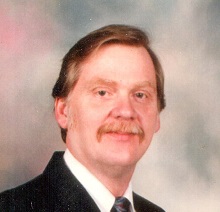 Joe was born in Union, Indiana on June 19, 1949 to George and Katie (White) Blaize. He married Ellen Verkamp on December 21, 1973. Joe was in the United States Army from 1969 to 1971. He completed his basic training at Fort Knox and finished his duration as 1st sgt. in Germany. Joe began his career at Discount Auto Sales where he was the auto body repair man in Petersburg, Indiana. He worked for Keusch Brothers Body Shop until he opened his own body shop in 1992 called Blaize's Body Shop in Portersville, Indiana. He was a member of Petersburg VFW Post #3587 for many years where he met his wife. He was also a member of the American Legion Post #147 in Jasper. Joe enjoyed car shows and classic car restoration. He especially liked older model Mustangs.

Preceding him in death was his father George Blaize and one brother Thomas Blaize.

A funeral service for Joseph E. Blaize will be held at 11:00 a.m. on Tuesday, April 6, 2021 at the Becher Kluesner Downtown Chapel in Jasper, Indiana with burial to follow in Portersville Cemetery. Pastor Gerald Frye will officiate. The VFW Post #673 will do military graveside rites.

A visitation will be held on Monday, April 5th from 3:00 p.m. to 7:00 p.m. at the Becher Kluesner Downtown Chapel in Jasper.