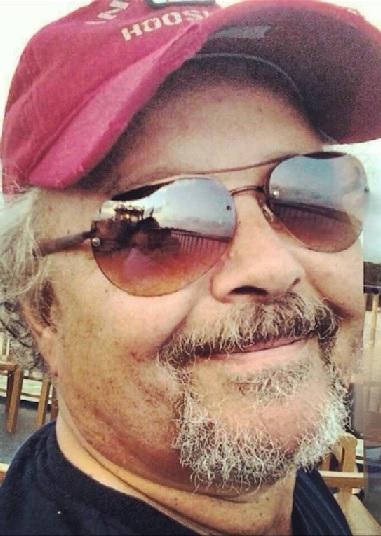 James Roy Smith (Bubba) to his friends and family passed away peacefully at his home in Jasper, Indiana, on March 10, 2020.  Jim was the first child of five born to James R. Smith, Sr. and Betty Lucille (Huey) Smith in Washington, Indiana, on March 15, 1950.
Bubba attended St. Mary’s Elementary and graduated from Washington Catholic High School in 1968 where he would proudly state that he received the finest education.  Jim was active in his church in his youth, serving as both an altar boy and in the children’s choir.
During his childhood and adolescence, Bubba made many friendships.  They were characterized in his “legendary” stories including Larry “Perk” Marks, Rick Frye, Jeff Zinkans, The Ross boys, and his best friend John “Beefy” Simpson to name a few.  Bubba maintained these friendships throughout his life and was grateful to have made so many great memories with his friends.
As a “free” spirit, Jim extensively traveled throughout the U.S and eventually found himself at the Blue Cloud Abbey, Mitchell, SD.  While there, Jim worked for the Sisseton Wahpeton Drug and Alcohol Program where he made numerous friends.  He then met his wife Exzilda Seaboy where their union produced three beautiful children, Tyson James Seaboy, Lucinda Emily (Zach) Smith and Jayme Rae (Ernie Dakota) Smith.
With the responsibility of raising three children, Jim decided to get a bit more serious with his college studies, graduating summa cum laude from the Vincennes University School of Nursing.  Jim was a psychiatric nurse (RN) for over 30 years.
He was the “best” father a daughter could have, and grandfather to the loves of his life, Taylor R (Lexi Elliott) Smith and Zander N. Smith.  Jim was a great grandfather to Selah R. Smith and his dog Harry.
Bubba gave cancer “hell” and will be deeply missed as there never has been, nor ever will be another man like him.  We were all so blessed to have his laughter, love, and kindness in our lives.  We will continue to tell his stories to keep his spirit alive.
Jim is survived by his mother, Betty, and his siblings Michael J. Smith of Loogootee, Jeffrey A. Smith, Mark D. Smith and Mary Jane Edmiston (Smith) all of Washington.

A Celebration of Life will be held April 18, 2020, starting at 5:00 pm at Ace’s Restaurant in Washington, IN.  All friends of the family are welcome.