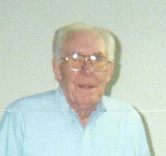 He was a U.S. Navy Veteran, serving during WWII.

Jim was a retired Brick Mason.

He enjoyed golfing and fishing and was an avid St. Louis Cardinals baseball and Indiana University Basketball fan.

Preceding him in death besides his wife are one sister, Florence Hensley.

A Mass of Christian Burial for James K. "Jim" Vaughn will be held at 11:00 a.m. on Saturday, October 6, 2018, at St. Joseph's Catholic Church in Jasper, with burial to follow in the Fairview Cemetery Mausoleum in Jasper. American Legion Post #147 will conduct military gravesite rights.