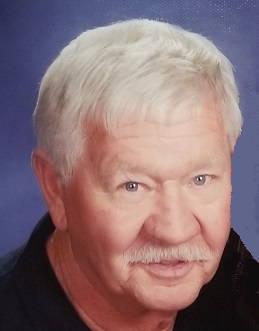 James Joseph "Jelly Bean" Kluesner, age 75 of Dubois, Indiana, passed away at 12:06 a.m. on Tuesday, March 30, 2021 at Memorial Hospital and Health Care Center in Jasper, Indiana with his daughters by his side.

Jim was born in Celestine, Indiana on January 28, 1946 to Albert and Marcella (Fromme) Kluesner. He married Donna Faye Persohn on  November 12, 1977 in Sacred Heart Catholic Church in Schnellville, IN. She preceded him in death on May 4, 2019.

Jim served as a radio repair man for the United States Army.

He was a heavy equipment operator for many years. He later worked for 40 years as a truck driver for Cave Quarries Transit. He served on the Dubois Volunteer Fire Department for over 30 years.

He was a member of St. Isidore Catholic Parish - St. Raphael's Church in Dubois, Indiana.

Preceding him in death was his wife; Donna Kluesner and one brother; Danny Kluesner.

A Mass of Christian Burial for James Joseph "Jelly Bean" Kluesner will be held at 10:00 a.m. on Tuesday, April 6, 2021 at St. Raphael's Catholic Church in Dubois, Indiana, with burial to follow in the church cemetery. The American Legion Post #147 will perform military graveside rites.

Memorial contributions may be made to St. Isidore Parish, the Dubois Volunteer Fire Department or a favorite charity.