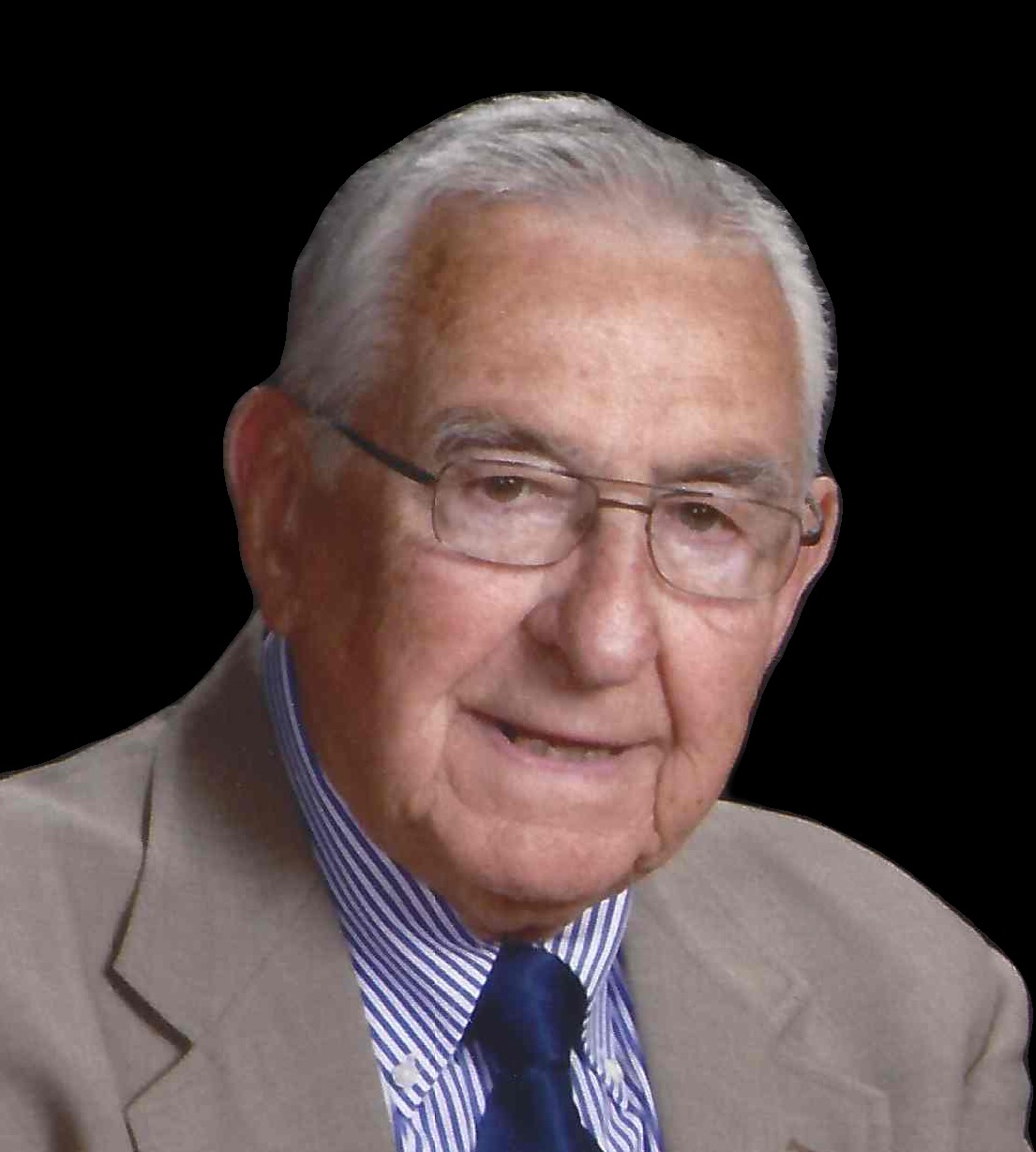 Jim was born on July 24, 1926, to Florian and Agnes (Blessinger) Stenftenagel. He married Flora J. Eversman on May 14, 1949, in St. Joseph Catholic Church.  Jim died one week short of celebrating his and Flora’s 70th wedding anniversary.

A 1945 graduate of Jasper High School, Jim then enlisted in the US Army and served with the 1386th AAF Iceland Base Command during WWII as an Administrative Specialist from 1945-47, achieving the rank of Staff Sergeant.

Returning to Jasper after service, he became a partner in the Vogler-Stenftenagel Garage. In 1953 he founded Sten’s Sales and Service, selling retail lawn and garden equipment, and later expanding into motorcycles and boats. In 1969 he founded Stens Lawnmower Parts and acquired a regional distributorship for small engine parts.  Stens grew into a multinational distribution company.

Jim also was instrumental and partnered in the creation of Sten’s Marine, Cruise A-Way, Wooden Keg Liquors, and Eastown Lanes.

Jim and Flora were charter members of Holy Family Catholic Church, where he served as president of the Parish Council and building chairman of the new church. Later he served on the facilities management committee during the most recent church and school renovation.

Jim was a recipient of the Bruté and the Mother Theresa Service Awards for outstanding service to the parish and diocese. As a 45-year member of the St. Vincent de Paul Society, Jim served as the St. Vincent de Paul store president for 16 years, during which time the food pantry was initiated and store expansions were completed.

In 1994 he was awarded the Jasper High School Alumni of Distinction Award.  He served a four-year term on the Jasper Utility Board. In 2016 the Jasper Friends of the Arts honored him and his wife, Flora with its Champion of the Arts Award.

He held life-long membership in the American Legion, the Knights of Columbus, and the Holy Name Society.

An avid fisherman and boater, Jim and his wife and friends made numerous trips up and down the Mississippi and Ohio Rivers.

He was predeceased by his sisters, Margaret “Marge” Gramelspacher and Elizabeth “Betts” Egan, a brother, Edward J. Stenftenagel, and a son-in-law, Jim Covino.

A Mass of Christian Burial for James J. Stenftenagel will be held at 10:00 a.m. on Saturday, May 18, 2019, at Holy Family Catholic Church in Jasper, with entombment to follow at Fairview Cemetery Mausoleum in Jasper.   The American Legion Post 147 will conduct military graveside rites.

In lieu of flowers, the family requests that donations may be made to the James J. and Flora J. Endowment for Holy Family Church at the Dubois County Community Foundation, or a charity of choice.