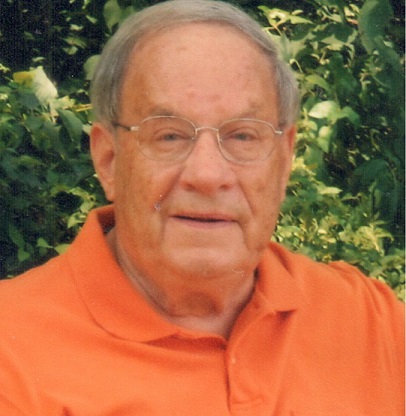 Woody was a 1950 graduate of Jasper High School.

He was a United States Air Force Veteran serving during the Korean War Era.

He started his career at Kimball International, and then became a salesman working for Aetna Plywood out of Indianapolis, from where he retired.

He was a member of Holy Family Catholic Church in Jasper, Indiana, American Legion Post #147, lifetime member of the K of C,  and he was a Kentucky Colonel.

He enjoyed spending time with his family and friends, and hosting customer appreciation shrimp boils and Christmas parties.

Preceding him in death is one brother, John Troxler.

A funeral service for James E. "Woody" Troxler will be held at 11:00 a.m. on Tuesday, October 8, 2019, at Trinity United Church of Christ, in Jasper, Indiana, with entombment to follow in the Fairview Cemetery Mausoleum in Jasper.  Pastor Jane Hillman will officiate. The American Legion Post #147 will conduct military gravesite rights.
A visitation will be held from 4:00-8:00 p.m. on Monday, October 7, 2019, at the Becher-Kluesner Downtown Chapel in Jasper, and one hour before services from 10:00-11:00 a.m. at the church on Tuesday.
Memorial contributions may be made to Alzheimer's Association or to a favorite charity.