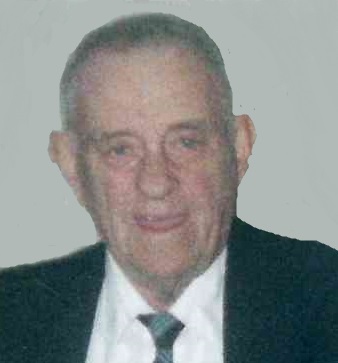 Mr. Patton graduated from Jasper High School in 1943 and is one of the last surviving members of Coach “Cabby” Oneill’s semi-finalist team.  Jack also played one year for Coach John Wooden on the Indiana State University Basketball team.

He worked as a machine room supervisor at the Jasper Desk Co., Jasper Turning Co., and Jasper Seating Co., from which he retired in 1989.

He was a World War II Navy Veteran, serving in the Atlantic and South Pacific Areas.

He was a life member of the V.F.W. Post #673 and the Jasper Outdoor Recreation Club.

He enjoyed camping, hunting, and fishing.

Preceding him in death besides his wife is a brother, Bill J. Patton, who died in 1979.

A funeral service for Jack E. Patton will be held at 11:00 a.m. on Saturday, October 29, 2022, at the Becher-Kluesner Downtown Chapel in Jasper, Indiana, with burial to follow in Fairview Cemetery in Jasper, Indiana. Pastor Joe Helt will officiate.  The V.F.W. Post #673 will conduct military grave site rites.

A visitation will be held from 9:00 a.m. until the 11:00 a.m. service time at the Becher-Kluesner Downtown Chapel.

Memorial contributions may be made to the First Presbyterian Church, Dubois County Humane Society, or to a favorite charity.