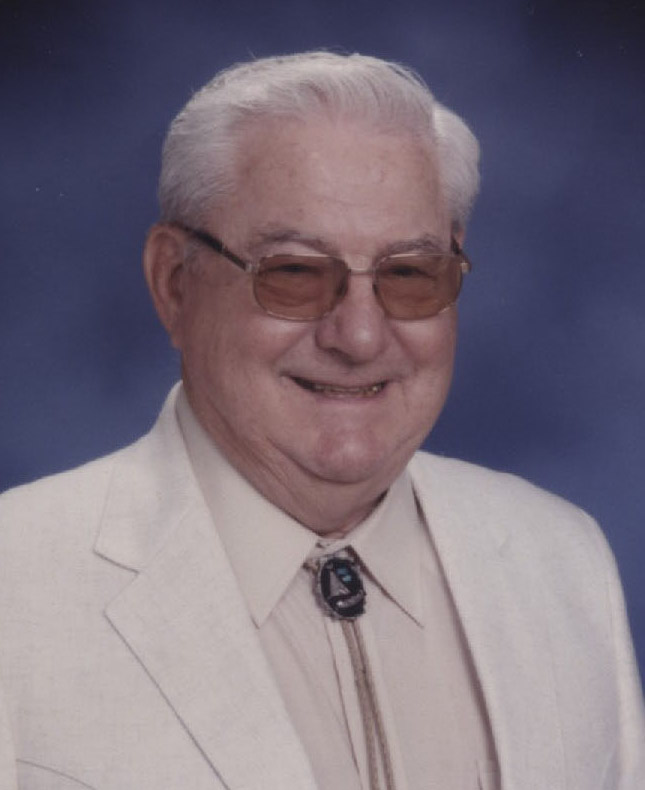 He was born September 1, 1928, in Montgomery County, Indiana, to John L. and Harriet LaRue (Maguire) Gray; and married Luella Esther Matilda Schroeder on June 30, 1951, at St. Paul’s Church in Holland.  Harvey graduated from Reelsville High School in 1946; served in the United States Navy from 1946-1948; and worked at Public Service Indiana from 1950-1991.  He was a member of St. Paul United Church of Christ in Holland, the Masonic Lodge in Cloverdale, the Holland American Legion Post #343, and the National Campers and Hikers Association for many years.  He was preceded in death by his wife, Luella Gray, who passed away on July 7, 2015; and one sister, Abby Underwood, who passed away in 2014

Funeral services will be held at 2:00 p.m., E.D.T., on Sunday, September 8, 2019, at St. Paul United Church of Christ in Holland with burial to follow in the church cemetery.  Pastor Debbie Roe will officiate at the service.  Military graveside rites will be conducted by the Holland American Legion Post #343 Memorial Detail.

Friends may call for visitation at St. Paul United Church of Christ in Holland from 1:00-2:00 p.m., on Sunday, the day of the funeral.  Arrangements have been entrusted with the Nass & Son Funeral Home in Huntingburg.

Memorial contributions can be made to the St. Paul United Church of Christ Cemetery Fund.