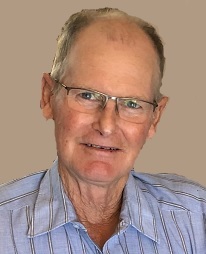 Gene was born in Huntingburg, Indiana, on March 25, 1957, to Othmar and Elizabeth (Wagner) Schmitt.  He married Martha Messmer on February 27, 1988, in St. Mary’s Catholic Church in Ireland, Indiana.

He was a 1976 graduate of Jasper High School.

He was a lifetime farmer.

He was a member of St. Mary’s Catholic Church in Ireland, the Ireland Sportsman Club, and the National Farmer’s Organization (NFO).

He enjoyed farming, hunting, fishing, and spending time with his family, especially his grandchildren.

A Mass of Christian Burial for Gene R. Schmitt will be held at 11:00 a.m. on Saturday, November 27, 2021, in St. Mary’s Catholic Church in Ireland, Indiana, with burial to follow in the church cemetery.

In lieu of flowers, memorial gifts, and contributions, the family requests you do random acts of kindness this Christmas season in memory of Gene.