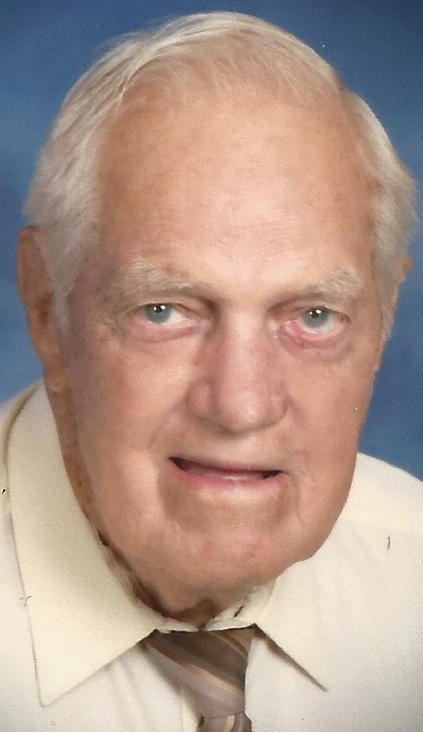 Jackson rode the “Ferdy Flyer” to Huntingburg High School, of which he graduated in 1943. He was a WWII U.S. Army Veteran serving as a sergeant and squad leader in the 103rd Division. He servedin southern Germany during the war and was stationed in Italy after the war ended.  He was employed at Ferdinand Furniture and later was a Municipal lineman, water maintenance for 37 years in the town of Ferdinand. He was a member of the Ferdinand Volunteer Fire Department for 42 years and was chief for several years. He played baseball with the Ferdinand Pirates, Ferdinand Cardinals, and St. Henry baseball league. He played liniment league softball as well. He worked as a bouncer at Palm Gardens in the 1950’s. Jackson was a member of the Ferdinand Town Board from 1988 – 1992. He was a member of Christ the King Parish, St. Ferdinand Church, Ferdinand American Legion Post 124, Huntingburg V.F.W. Post 2366. He participated in the Southern Indiana Honor Flight in 2015 and was a torchbearer for the Bi-centennial Relay in 2016. In retirement, he enjoyed spending time developing “Jackson’s Hole and attending his grand-children’s sporting events. Jackson was a member of the former Ferdinand Development Corporation.

A Mass of Christian Burial will be held Saturday December 29th in St. Ferdinand Catholic Church, burial in the church cemetery following.

Friends may call from 2 to 8:00 PM Friday and from 7 to 9:30 AM Saturday at Becher Funeral Home in Ferdinand.