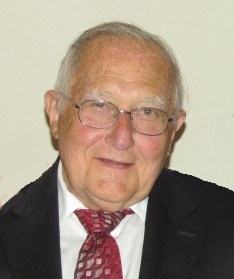 He graduated from Birdseye High School.  Gene was a U.S. Marine Veteran who served in the Korean Conflict, and a member of the St. Anthony American Legion Post #493 and the Jasper VFW Post #673 where he was a member of their Honor Guards.

Gene retired as a manager for Jasper Automotive Supply after 37 years of service.  After retirement he worked part time as a limousine driver, drove for Ruxer Ford in Jasper, Bob's Auto in Ireland, and drove for the American Cancer Society.

A Mass of Christian Burial for Eugene E. "Gene" Betz will be held at Noon on Wednesday, February 27, 2019, at Sacred Heart Catholic Church in Schnellville, Indiana, with burial to follow in the church cemetery.  The St. Anthony American Legion Post #493 will conduct military gravesite rites.

A visitation will be held from 9:00 a.m. until the Noon service time on Wednesday, February 27, 2019 at Sacred Heart Catholic Church in Schnellville, IN.