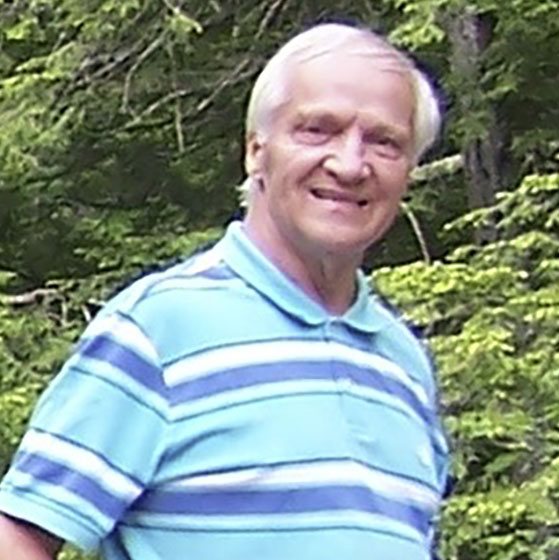 Ellsworth E. Pickering, Jr., age 79, of Huntingburg, Indiana passed away on Sunday, July 3, 2022 at 8pm. Ellsworth, the oldest of 14 children, was born on December 13, 1942 in Laconia, NH to Ellsworth E. Pickering, Sr. and Elvira A. (Nudd) Pickering.
Ellsworth, known affectionately as EP by many, was a talented artist and loved to entertain.
When Ellsworth was 13 years old he began working in a bed and breakfast inn where he was taught how to properly wait on customers. He then worked in a general store retail environment. During the 1970s, Ellsworth worked for Carroll Reed, a clothing catalog, as a stylist pinning clothing on a wall for photography. While living in the mountainous region in New Hampshire, Ellsworth would ride his bicycle from his home in Conway to work in North Conway. In 1980, he took a job with Touch of Class Catalog working in the warehouse before moving into a catalog stylist role and store manager.
Ellsworth moved to Indiana in 1982 when Touch of Class® relocated to Huntingburg. He was the only employee that permanently moved with the company. Through the years, he worked as a Photography Studio Stylist, Outlet Store Sales Associate, and Visual Merchandiser. He went on press to work color for the catalog. Ellsworth was a gifted artist and enjoyed painting, particularly scenes from memory of his beloved New Hampshire and areas of Dubois County. His preferred medium was watercolors with ink details since they dried quickly and allowed for painting on location. Ellsworth opened his 4 th Street apartment to the public during the Huntingburg Christmas Stroll many times. He loved entertaining and sharing his love for the holidays with others. Not only did he decorate the Touch of Class Outlet Store windows but his calling card could be found in other store fronts along 4 th Street as he helped local shops decorate, often bartering his services for store treasures. In later years, his artwork was displayed during special events.
Ellsworth had two loyal dogs through the years, Mazzi who survives him, and Tasha.
Ellsworth is survived by his New England family: one son, Gerard "James" Pickering; one granddaughter, Nakia Pickering who is also an artist like her grandfather; one brother, Robert (Elizabeth) Pickering; and five sisters: Betty (David) Tatham, Kathleen (Richard) Beauchene, Elizabeth (Bill) Hughes, Mary Gage, and Judy Blodgett.
Local survivors include dear friends Ron and Shannon Kemp and caretaker Carla Parke- Bell.
Ellsworth was preceded in death by his parents and siblings: Maurice Pickering, Phillip Pickering, Sherleen Latuch, Dolly Parent, Carolyn Truell, Reginald Pickering, and Frederick Pickering.
Cremains will be buried near his beloved mother in the Pickering Family Plot in the Green Grove Cemetery in Ashland, NH. His grave stone was designed based on his artwork and includes his signature three birds along with pine trees and mountains.
Memorial contributions may be donated to the family. Celebration of life will be planned at a later date.
Nass & Son Funeral Home in Huntingburg has been entrusted with handling the arrangements.