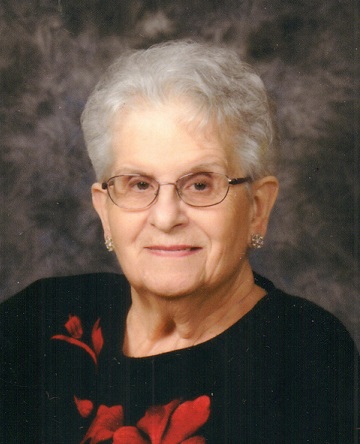 Eileen LaVerne Schitter, age 85, of Ireland, Indiana, passed away at 1:09 p.m. on Monday, April 27, 2020, in the Northwood Retirement Community in Jasper, Indiana.

LaVerne was born in Ireland, Indiana, on November 6, 1934, to Frank and Laura (Schue) Nord.  She married Melvin Schitter on August 24, 1963, in the Mary Help of Christians Catholic Church at Mariah Hill, Indiana.  He preceded her in death on March 20, 2007.

She was a 1952 graduate of Dale High School.

She was a homemaker, and previously worked at Sears and was a caregiver.

She was a member of St. Mary's Catholic Church in Ireland, Indiana, where she sang in the church choir, participated in may church organizations and served on many committees, and received the Brute Award and the Mother Teresa service award for her service in the Catholic Faith, as she was very religious and loved her faith.  She also sang with the Singing Seniors.

LaVerne enjoyed bowling and spending time with family and friends.

Surviving are two sisters, Mary Ann (David) Loewenstein, and Margaret (David) Hevron, both of Holland, IN, one brother, Kenneth (Geraldene) Nord, Boonville, IN, and several nieces and nephews.

Preceding her in death besides her husband are three sisters, Asella Merle, Imelda Whitaker, and Virginia Nord, and two brothers, Harvey and Eugene Nord.

Memorial contributions may be made to St. Mary's Catholic Church or the Lange-Fuhs Cancer Center.