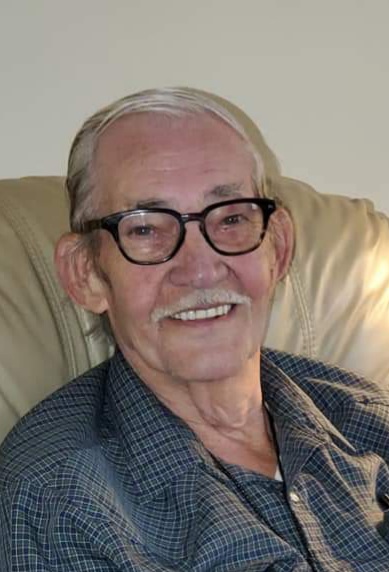 He was born July 26, 1935, in Sargo, Kentucky to Richard and Hettie Mae (Peak) Payne; and was united in marriage to Shirley A. Zink on August 7, 1957, in Shawneetown, Illinois.  He was employed as an electrician and was a veteran of the United States Army.  Ed was best known around the area as “The Candy Man”.  For nearly 15 years, as a ministry, he enjoyed sharing sweet treats with people of all ages.  Earlier in his life, as a member of Dale Bible Church, Ed would work as a kitchen volunteer at Camp Shakamak State Park.  For many years he played and coached baseball.  Later on, he volunteered at Shared Abundance Ministries.  He was a member of True Vine Baptist Church in Ferdinand.  He enjoyed playing 500 rummy and Yahtzee.  He was preceded in death by his parents; his wife, Shirley, who passed away on April 29, 2014; four sisters, Anna Pearl Daughtery, Edith Payne, Josephine Alexander, Theresa Redman; two brothers, Tom Payne and Bret Heaton; a granddaughter, Christine; and a great-grandson, Max.

Private funeral services for Ed Payne will be at the Nass & Son Funeral Home in Huntingburg with Pastor Josh LaGrange officiating.  Burial will follow at Fairmount Cemetery in Huntingburg with military graveside rites conducted by the Holland American Legion Post #343 Memorial Detail.

Friends may call for public visitation at the Nass & Son Funeral Home from 1:00-8:00 p.m., on Friday, July 24, 2020.  Please note that the family is asking for visitors to follow Covid 19 recommendations.