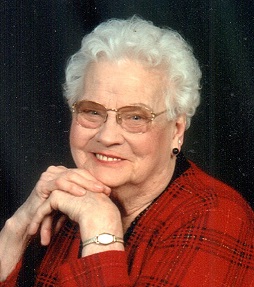 Earlene E. Recker, age 91, of Jasper, Indiana, passed away at 12:43 p.m. on Wednesday, August 19, 2020, at her daughter's home in Celestine, IN.
Earlene was born in Birdseye, Indiana, on January 20, 1929 to Walter and Charlotta (Zimmerman) Newton. She had two marriages . Her first marriage was to Hubert Walter Gardner on December 21, 1947. He preceded her in death on March 30, 1978. Her second marriage was to Edward Recker on September 22, 1979. He preceded her in death on June 11, 1981. Earlene focused on raising her family. She was a loving mother and friend. She was strong and gentle.   She enjoyed embroidery, watching birds, dancing, cards and board games. She was a member of St. Joseph's Catholic Church in Jasper.
Surviving are two daughters; Barbara (Nick) Brames, Celestine, IN, Linda (Larry) Lehmkuhler, Hampton VA; one son, Donald (Gail) Gardner, SC; eight grandchildren, Lee, Lonnie and Landon Lehmkuhler, Scott Clark, Nicholas and Christopher Brames, Jeremy and Jarrod Gardner; 14 great-grandchildren.   Preceding her in death besides her husbands are one daughter, Patricia Ann Ahrens; one son, Daniel Gardner; one granddaughter, Ginger Combs; one brother, James Newton; and one step-sister, Helen Merkley.
A Mass of Christian Burial for Earlene E. Recker will be held at 10:00 a.m. on Wednesday, August 26, 2020, at St. Joseph's Catholic Church in Jasper, IN with burial to follow in Fairview Cemetery. Memorial contributions may be made to St. Joseph's Catholic Church or the Dubois County Humane Society.