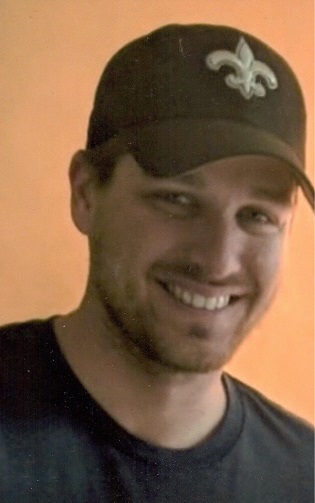 Dustin L. Klem, age 34, of Owensville, Indiana, formerly of Jasper, Indiana, passed away at 8:30 p.m. on Thursday, August 29, 2019, at home.
Dustin was born in Jasper, Indiana, on November 3, 1984, to Keith and Sheila (Traylor) Klem.    Dustin was a 2003 graduate of Jasper High School.   He worked as a team leader for Toyota, where he had worked for over 15 years.   He loved hunting, golfing, boating, working on trucks, watching football, as he was an avid New Orleans Saints Fan, spending time with his daughter, Kali, who was his world, and spending time with his family and friends.
Surviving are his daughter, Kali Klem, Vincennes, IN, Parents Keith and Sheila Klem, Jasper, IN, one sister, Jody (Jeremy) Brewer, Jasper, IN, one brother, Kyle (Heather) Klem, Henderson, KY, maternal grandmother, Mary Lou Traylor, Jasper, IN, paternal grandmother, Pauline Klem, St. Anthony, IN, aunts and uncles, nieces and nephews, and many cousins.   Preceding him in death are his maternal grandfather, Thelbert Traylor, paternal grandfather, Ernest Klem, and one aunt, Donna Phillips.
A Mass of Christian Burial for Dustin L. Klem will be held at 9:30 a.m. on Friday, September 6, 2019, at St. Joseph's Catholic Church in Jasper, Indiana, with entombment to follow in the Fairview Cemetery Mausoleum in Jasper.   A visitation will be held from 3:00-8:00 p.m. on Thursday, September 5, 2019, at the Becher-Kluesner Downtown Chapel in Jasper, Indiana.   Memorial contributions may be made to the wishes of the family.   Online condolences may be made at www.becherkluesner.com