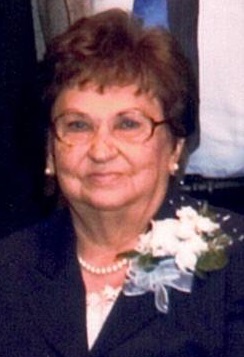 Dorothy R. Schum, 89, of Saint Meinrad passed away Wednesday December 16, 2020 at Scenic Hills at the Monastery. Dorothy was born February 21, 1931 in Saint Meinrad to John and Mary (Fetter) Fendel. She was united in marriage to Robert “Bob” Schum on June 18, 1949 in Saint Meinrad Archabbey Church.

Dorothy was a lifelong member of Saint Meinrad Church, and she was a homemaker. She enjoyed birdwatching, cooking and baking, she was famous for her fried chicken, working in her flower beds, (roses were her favorite) making ceramic pieces, being with family and friends and attending country music shows.