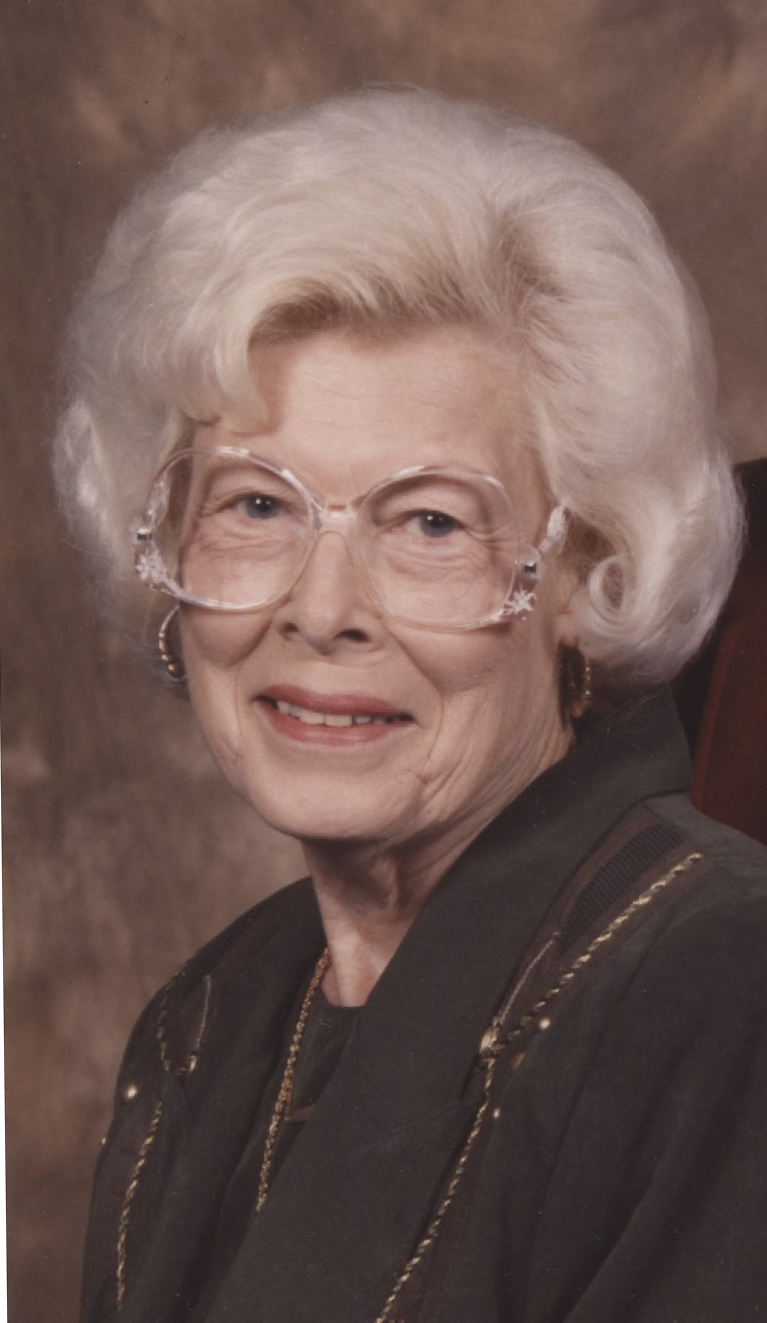 She was born February 28, 1924, in Lincoln City, Indiana, to Ralph and Marie (Schroder) Murray; and married Clyde W. Schulte on February 16, 1950, at the Salem Church Parsonage in Huntingburg.  Doris graduated from Dale High School in 1942 and attended Lockyear Business College.  Her first job was at Wright Patterson Airfield in Dayton, Ohio, during the war.  After the war, she went to work at General Electric in Huntingburg.  Then she worked at Struckman Chevrolet as their accountant.  After Struckman’s closed, she set up the books for Uebelhor Oil Company in Huntingburg where she worked until her retirement.  She was a member of Salem United Church of Christ, the Birdseye Order of the Eastern Star #590, and the Daughters of the Nile Isis Temple #41.  Doris was preceded in death by her husband, Clyde W. Schulte, who passed away June 9, 2009; her parents; one sister, Mary Jean Collins; and her beloved and treasured yorkies, Topper and Princess.

Memorial services for Doris Jo Schulte will be held at 2:00 p.m., E.D.T., on Saturday, October 26, 2019, at the Nass & Son Funeral Home in Huntingburg with burial to follow at the Garden of Memories Cemetery in Gentryville.  Pastor Tom Hubachek will officiate at the service.

Friends may call for visitation at the Nass & Son Funeral Home in Huntingburg from 10:00 a.m. until 2:00 p.m., E.D.T., on Saturday, the day of the service.  The Birdseye Order of the Eastern Star will hold a vigil service at 1:00 p.m., E.D.T., Saturday, at the funeral home.  Memorial contributions can be made to the Shriners Hospitals for Children.