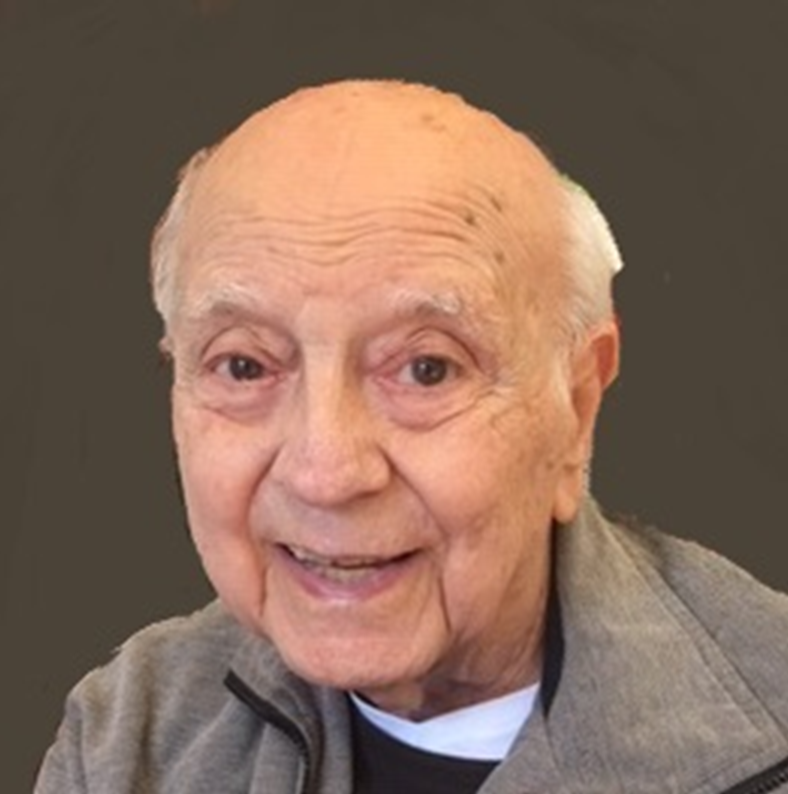 Dominick was born August 16, 1922, in Kayford, West Virginia, the son of Italian immigrants,  Rosella Amareno and Gerardo D’Ambrosio, a coal miner and shoemaker. He grew up in Cincinnati, Ohio, where he married the love of his life, Mary Becker, on June 22, 1946, in St. Paul’s Catholic Church. Married 63 years, until Mary passed away in 2009, Dom moved to Jasper in 2015 to live with his daughter, Nancy Habig.

In 1942, D’Ambrosio was working at the General Spring, Co. in Cincinnati to put himself through night school. He soon dove into a nascent organizing effort there, becoming president of his Local 820 union at age 19. He worked at the company until 1946, while studying at the University of Cincinnati Evening College, the Radio and Speech Department of the former Cincinnati College of Music, the Berlitz School of Languages and the Ohio College of Applied Science. Upon graduation, he became a radio DJ, specializing in jazz and classical music, in Ohio, Kentucky and West Virginia. He returned to Cincinnati in 1949 to devote the rest of his career to the labor movement.

D'Ambrosio quickly rose through the ranks of the Allied Industrial Workers (now part of the Steelworkers), serving as Director of Region 4 from 1957-1970 and International Secretary-Treasurer from 1970-1975. He was elected to serve four terms as International President of the Allied Industrial Workers from 1975-1991 in Milwaukee, WI, one of the youngest presidents of an AFL-CIO union at the time. D’Ambrosio was known for leading the nationwide union to embrace progressive strategies and build coalitions with other unions representing workers in common industries. Among the many accomplishments of his tenure, he co-chaired the Wisconsin Labor-Environmental Network, a coalition of labor and environmental groups that effectively lobbied for the state’s landmark recycling legislation. He also championed the union’s involvement in coalition-building with the religious community to better the lives of all residents. He was a vocal critic of income inequality, advocating for higher wages, stronger pensions, and better conditions for workers throughout his career.

Dom was an avid jazz, classical music, theater, art, and opera lover. He had a passion for singing and reciting poetry, which he did till his dying day. He was also an excellent athlete, despite a childhood accident that left him with a disabled left hand. Besides going to movies, plays, and concerts, and discussing politics and pop culture, Dom and Mary loved to dance. They were jitterbug champions in competitions on The Delta Queen and other venues throughout Cincinnati.

In addition to his wife and parents, he was preceded in death by his brothers, Phillip, Dominick, and  Anthony (Dolores) D’Ambrosio, and sister, Philomena (Jefferson) Cram.

Memorial contributions may be made to the Sisters of Saint Benedict in Ferdinand, Indiana, the Cincinnati Opera, or the Wisconsin Labor History Society.