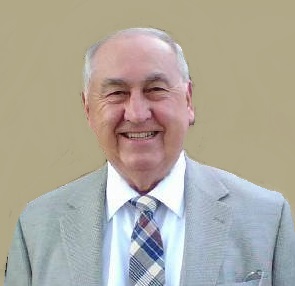 He was born in Dubois County, Indiana, on November 14, 1936, to Hilbert and Della (Bair) Meyer.  His father died when Curt was very young, and his mother married, Harold Englert, who became a father to Curt.

Curt retired from Kimball International, where he had worked for many years.

He was a United States Army Veteran and was stationed in Germany.

He was a member of Trinity United Church of Christ in Jasper, Indiana.

He enjoyed genealogy, woodworking, and craftsmanship, as he constructed many different items.

Preceding him in death are his father, Hilbert Meyer, and his father and mother, Harold and Della Englert, one nephew, Kevin Meyer, one sister-in-law, Shirley, one brother-in-law, Mike Gates, and his beloved dog, Lady.

Funeral services for Curtis H. "Curt" Meyer will be held at 11:00 a.m.  on Saturday, November 30, 2019, at Trinity United Church of Christ in Jasper, Indiana, with entombment to follow in Fairview Cemetery Mausoleum in Jasper.  Pastor Jane Hillman will officiate.  The American Legion Post #147 will conduct military grave site rights.

Memorial contributions may be made to Trinity United Church of Christ or to a favorite charity.