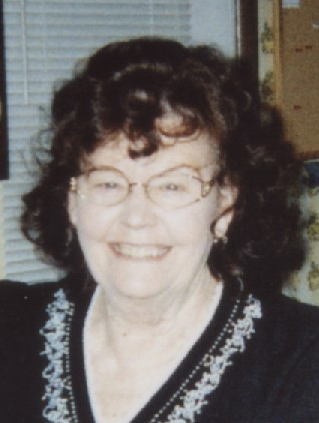 She was born March 21, 1934, in Pikeville, Indiana to Everett and Olive (Houghland) Uppencamp.  Cordelia enjoyed watching Hoosier basketball and Cardinal baseball, playing washers, traveling, watching the Golden Girls, and spending time with her family.  She was loved by everyone who had the pleasure of meeting her, and will be dearly missed.  She was preceded in death by her mother and father; her first husband, Peter Lemond, Sr. in 2002; her second husband, James Lemond in 2021; one son, Orville Lemond; six brothers, James, Robert, Henry, John, Everett and Paul Uppencamp; one sister, Alpha Lemond; and a step grandson, Andy.

She is survived by two sons, David Lemond and Peter Lemond, Jr. both of Huntingburg; stepson, Charles (Pam) Lemond; six grandchildren, Jenny, April, Rose, Nicole, Summer and Cory; two step grandchildren, Steven and Elizabeth; eight great-grandchildren; and several nieces and nephews who she loved as her own.

Funeral services for Cordelia Lemond will be held at 7:00 p.m., E.D.T., on Tuesday, August 2, 2022, at the Nass & Son Funeral Home in Huntingburg.  Interment will occur at a later date in Mayo Cemetery near Duff.  Pastor Ed Wicks will officiate at the service.

Friends may call for visitation at the Nass and Son Funeral Home in Huntingburg from 5:00-7:00 p.m., on Tuesday, prior to the service.  Condolences may be shared online at: www.nassandson.com