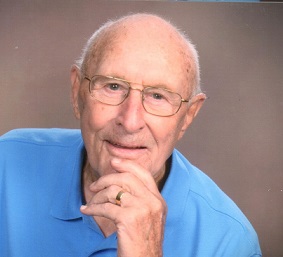 He was a United States Army Veteran, serving during the Korean War.

He worked for Eckerle Dairy, and then worked at and retired from Aristokraft, where he had worked over 30 years.  He then enjoyed working part time at the Ruxer Golf Course.

He was a member of St. Joseph's Catholic Church in Jasper, Indiana, where he was an adult server, Jasper Moose, Knights of Columbus American Legion Post #147, and VFW Post #673, where he was a lifetime  member, past commander and  served on the honor guard.  He was also a past Jasper city councilman.

He enjoyed golfing, working outdoors, playing cards, and spending time with his family and friends.  He also volunteered with his wife at the Timbers and Brookside nursing homes in Jasper.

Preceding him in death besides his wife are two grandchildren, Lauren Schulte and Olivia Schulte, one sister, Mary Lou Schmitt, two brothers, Bernie and John Schulte, and one half-sister, Diane Phillips.

A Mass of Christian Burial for Charles G. Schulte will be held at 11:00 a.m. on Friday, October 16, 2020, in St. Joseph's Catholic Church in Jasper, Indiana, with entombment to follow in the Fairview Cemetery Mausoleum in Jasper.  V.F.W. Post #673 will conduct military grave site rights.

Memorial contributions may be to St. Joseph's Catholic Church, to CdLS Foundation, or to a favorite charity.