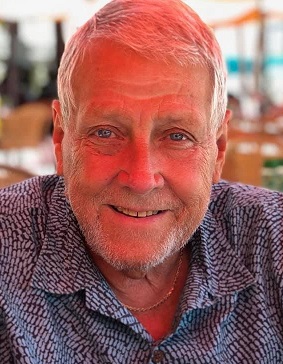 Carl Kent Burns, age 76, passed away peacefully at his home at 4:17 a.m. on Friday, June 28, 2019. He was born December 8, 1942, in Princeton, Indiana to Brady and Louise (Potter) Burns.
He married Julie Pieper on August 9, 1986, in Loogootee United Methodist Church in Loogootee, Indiana. He received his Bachelor's Degree from Oakland City University and his Master's Degree from Indiana University. Carl and his wife Julie (Pieper) have owned and operated Pieper-Burns State Farm Insurance since 1987. Prior to that, he taught business at Shoals High School and later was as Associate Professor of Business at Vincennes University Jasper Center.
He was a member of Shiloh United Methodist Church. Carl dearly loved his family, being at his home, bird watching and IU basketball.
Surviving are his wife, Julie Burns, Jasper, IN, son Kent (Patti) Burns, Carmel, IN, daughter Andrea (Aaron) Jones Shoals, IN, son Evan Burns, Indianapolis, IN, seven grandchildren, Haley Thomas of Salt Lake City, UT, Max Burns of Phoenix, AZ, Abby Burns of Carmel, IN, and Ava, Jaden, Austin and Ethan (Morgan) Jones of Shoals, IN, and two great-grandchildren, Savannah Thomas of Salt Lake City, UT, and Walker Jones of Shoals, IN.
Friends may call for visitation from 4:00 - 8:00 p.m. on Monday, July 1, 2019, at Shiloh United Methodist Church, in Jasper, Indiana, and one hour before services from 9:00-10:00 a.m. at the church.
A Celebration of Life Service will be held at 10:00 a.m. on Tuesday, July 2, 2019, at Shiloh United Methodist Church, in Jasper, Indiana, with burial to follow in Shiloh Cemetery in Jasper. The family is requesting that in lieu of flowers, contributions be made to Shiloh United Methodist Church, Young Life or favorite charity.